An Unsettling Single Bullet Shooter
Story
Born from within a Womb-Eye and with no idea where you are or why you exist, you play as a human encased in an octopus bio-mech-costume. With an ability to run unbelievably fast, and an ability to fire and control a singular projectile – it is up to you to try and discover the secrets of this world, and fight your way to freedom.
The GORSD are a collective of beings, revered as Gods, but their intentions are not always clear. Some have coined the term “Grid Of Ridiculous Sudden Death” as a reaction to the horrific death-battles that take place inside their realm.
In the adventure mode, explore a dark temple and overcome the challenges set by your creator “Ludum Properamus”. Only after a great struggle will you earn the ultimate reward, and be crowned the “Champion of the GORSD”, and all that comes with it.
MultiplayerAlong with single player, the game features a rich multiplayer mode, made up of 8 game modes, ranging from standards like “Death Match” & “Domination” to exclusive modes like “Hunter” & “Bullet Paint”. The game is set across more than 80 unique maps, 78 of which are playable in multiplayer.
DevelopmentGORSD has been in development since 2017, and takes inspiration from South East Asian culture. Our team based in Singapore, pride ourselves on pixel art, with GORSD featuring some of the team’s best work to date.We set out to make something we love, and completely ignored every single business case for why we should make this game. Its weirdness and uncommercial nature has resulted in an endless tapestry of confused and bemused responses from every publisher we have shown it to, which strengthened our resolve to make this game – simply because we want to! We believe that GORSD makes the world a more interesting place, whether people love the game or hate it, they are sure to have an opinion! 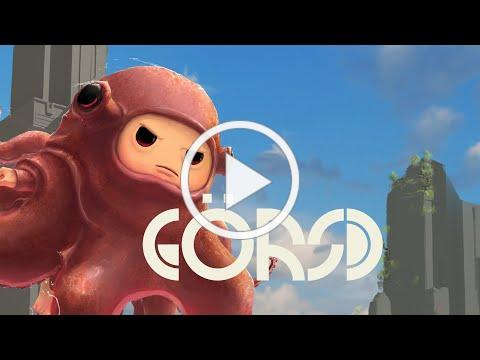 Singapore –September 18, 2020– GORSD – The arena battle game, full of speed, tactics and terror! Set in a universe of corrupted deities – is out on all platforms today!
GORSD has both a single player adventure mode, and a multiplayer couch battle mode for 2-4 players. To win you must own the map and defeat your enemies, but you have only one bullet, which is as deadly to you as it is your enemies! so tactics are essential.
Described as a melding of Qix, Pacman & Splatoon, GORSD offers up an innovative gameplay mechanic that once mastered offers endless replayability.

About SpringloadedFounded in 2012, Springloaded is a games-development studio based in Singapore. Having released successful games on both mobile and console, GORSD is our first simultaneous launch on all platforms.