“During the Kickstarter campaign, we have had many questions from the backers and community about how the combat and one-hit-kill system will work.” Said Peter Adamondy, development lead at Triple Hill Interactive. “We wanted to give our community the opportunity to see how the game is progressing and to update them on our development plans. Instead of writing a blog we decided to record some gameplay directly from our recent pre-alpha build so they can actually visualise the combat mechanics for themselves”. 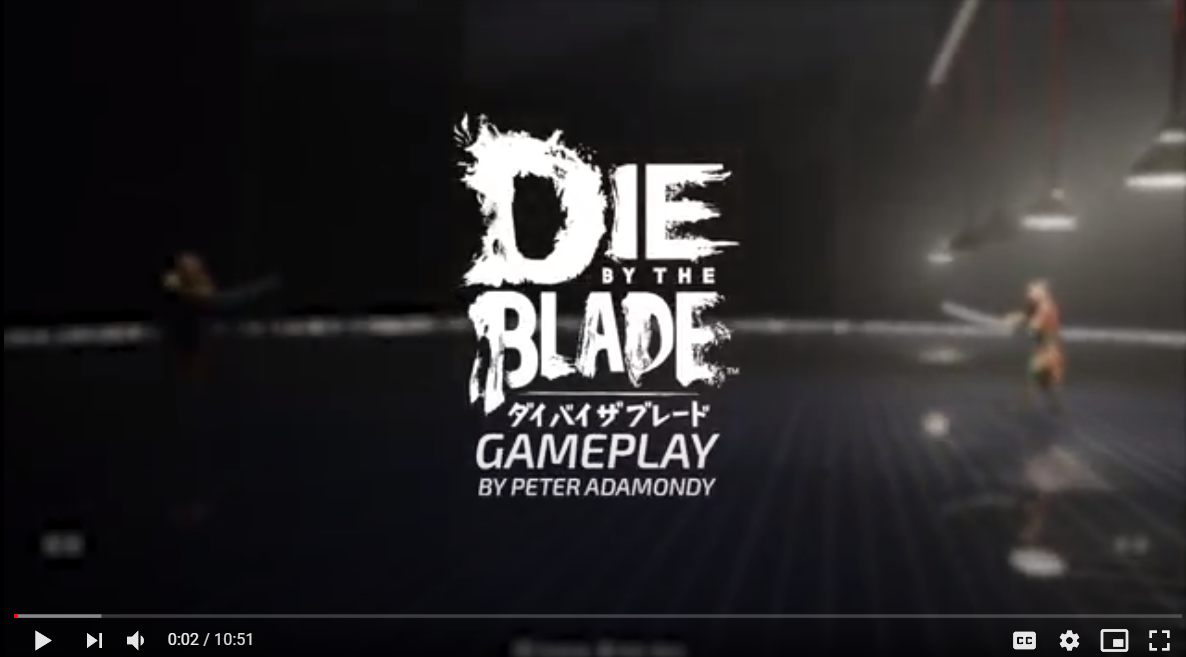 Following the announcement that the initial Kickstarter funding target has been reached, the team also announced that the stretch goals are now live on the Kickstarter page. The first goal activated will be the addition of deadly ranged weapons to add to the arsenal of swords available for players to choose. Each character will have a special ranged weapon that can be used once in each round. Players will be able to block this with their sword, but timing will be crucial. The Kickstarter campaign will finish on 13th November so there is still a chance for fans to back the game and help shape the future development of this long awaited homage to classic sword fighting games.

Drawing inspiration from legendary combat games like Bushido Blade and Way of the Samurai, Die by the Blade is a one-hit-kill sword fighting action game where players must take up their weapons and face off against deadly opponents. Choose your character, select your blade and engage in 1 vs 1 combat where the slightest mistake could seal your fate. Become a master of your craft and fight to the death with other players in tense, fast paced multiplayer matches or slash through tough AI enemies in the thrilling single player campaign.

Die by the Blade is being developed by developers Triple Hill Interactive and Toko Midori published by Grindstone and is scheduled for a 2021 release for PC and Sony, Microsoft and Nintendo consoles. Fans can wishlist the game on Steam by visiting the official page here

Grindstone is the new age publisher from Slovakia founded by industry veteran Peter Nagy in 2015. Despite starting low profile, projects produced and supported by Grindstone stand out of the crowd with their unique concept, ideas and production quality. Beyond the production of games, Grindstone leads the growth of the regional game development ecosystem, organizes the international game conference, Game Days Kosice, and aims to become a major global publishing and production company.