Stuttgart, Germany – 25th January 2021 – ININ Games and STUDIOARTDINK are happy to present a new trailer for Wonder Boy – Asha in Monster World and reveal the retail packshots for North America, Europe and Australia as well as to provide additional information about the limited and retail editions, their prices and release dates.

We are happy to announce the brand new trailer of Asha in Monster World showing unique characters, teamwork with Asha’s blue sidekick Pepelogoo and gimmick-filled stages.

The trailer is packed with lots of content. Whether you’re a longstanding fan of the series or discovering Monster World anew, we hope you sense the beginning of an exciting adventure.

Developed by the original members of Westone Bit

The fully remastered version of Wonder Boy IV is led by none other than it’s creator, Ryuichi Nishizawa. Additionally, he is supported by Shinichi Sakamoto for new and improved music and sound effects, Maki Ōzora for character design and Takanori Kurihara as creative manager to create a worthy remake and new entry to the iconic series.

Experience the dynamic duo Asha and Pepelogoo like never before

Asha is tasked to free the four spirits being confined by evil forces whose origin she discovers throughout her journey. Luckily, she does not have to face this adventure alone, as early on she finds her new companion, a special blue Pepelogoo.

While the story remains true to the original game from 1994, the game is a full remake of Monster World IV, with cell-shaded 3D graphics and 2D gameplay that stays close to the beloved original gameplay as well as enhanced visuals and refined play content. Especially in the event scenes the performance is deepened and the world view is reproduced vividly and colorfully. Plus for the first time in the series, it comes with a character voice – by the popular and talented Japanese voice actress Ai Fairouz. 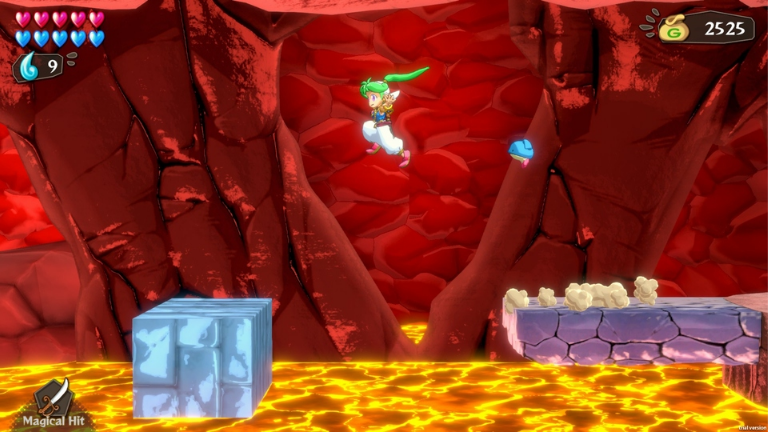 Including the original Monster World IV

As an ode to the game’s legacy, the beloved original Monster World IV is included in all physical editions of ININ Games. The original game is not included in any of the digital versions, it’s exclusively available in the physical retail and limited editions for North America, Europe and Australia. For the Nintendo Switch, it will be featured on the cartridge, while there will be an exclusive download code included with the PS4 disc version. 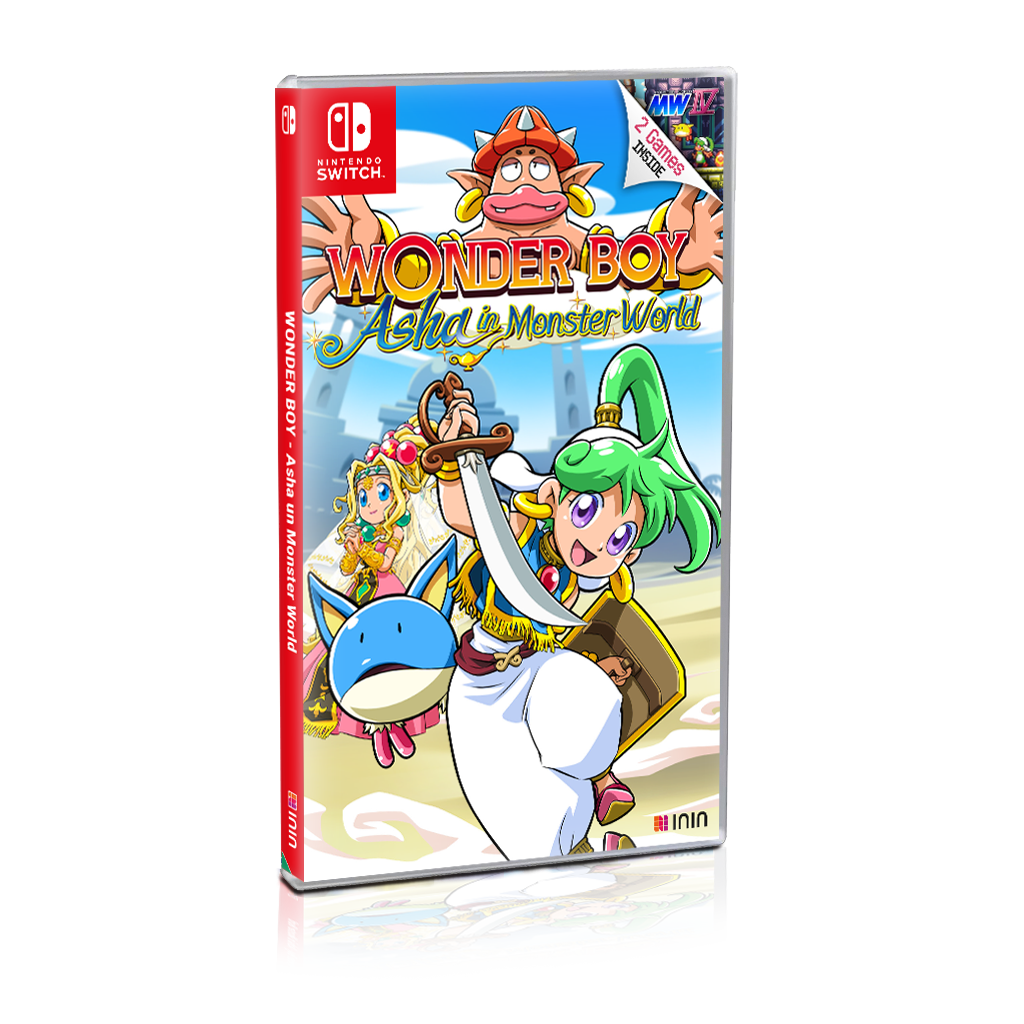 The retail editions for Nintendo Switch and PlayStation 4 will be available at a price of €39,99. As mentioned above, these will also include the original Monster World IV.

The Western retail release will be in Q2 2021 for North America, Europe and Australia. 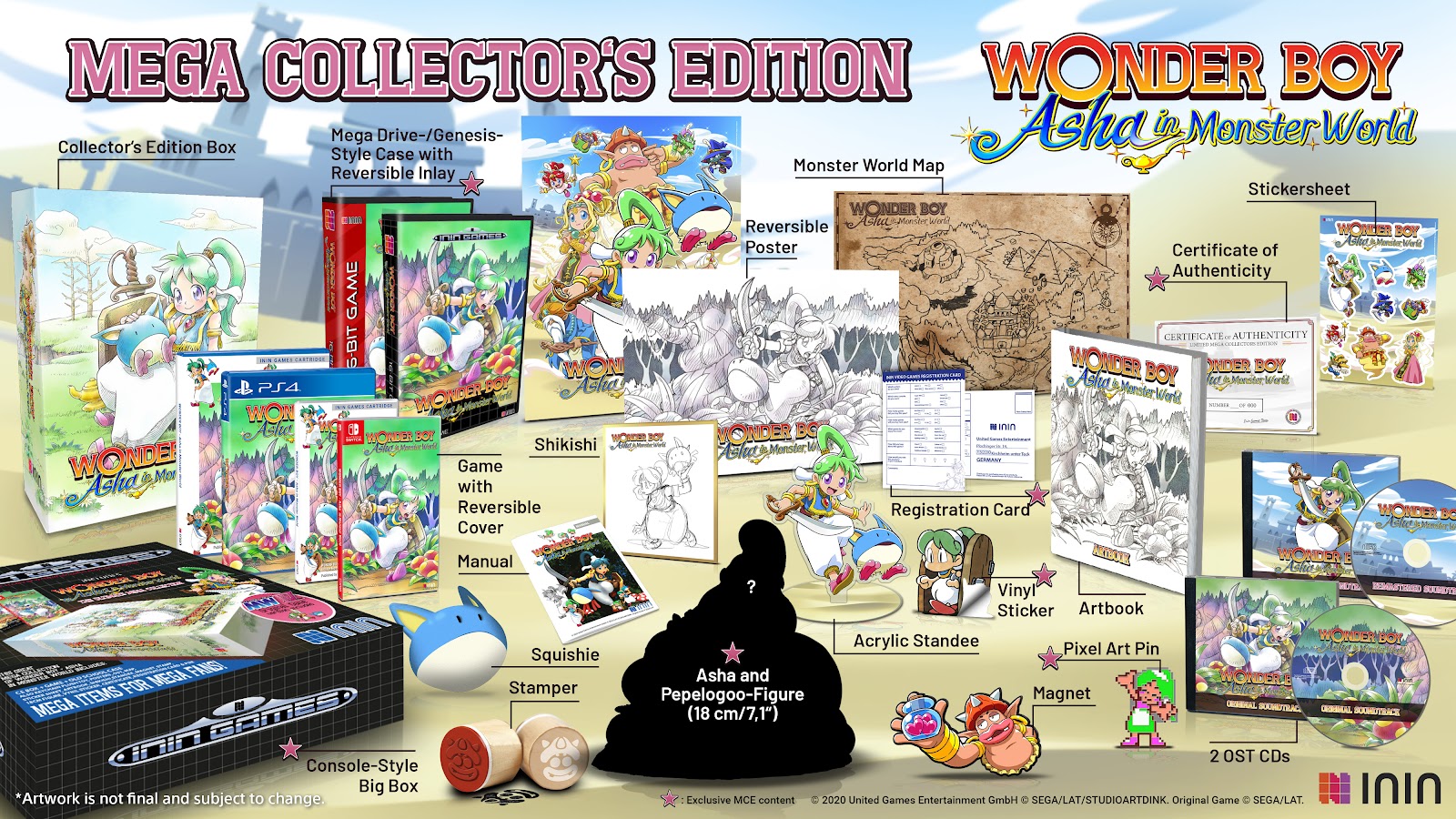 ININ Games focus on the digital and physical publishing of high-quality, feel-good retro and arcade games. ININ Games brings retro games to life and creates the classics of the future. They are best known for “Bubble Bobble 4 Friends. The Baron is Back”, “Slaps and Beans”, “Crosscode”, “Space Invaders Forever” and “Turrican Flashback”. Numerous other milestones of classic gaming culture are in the planning and will be announced in the coming months. ININ Games is part of United Games Entertainment GmbH. For more information visit http://www.inin.games

SEGA CORPORATION is headquartered in Tokyo, Japan, a worldwide leader in interactive entertainment both inside and outside the home. The company offers a variety of game contents for console, PC, wireless devices including planning, development, sales and operation, and amusement machine including planning, development and sales. Moreover, it provides game content developed by studios in countries around the world through global publishing bases.