All in one awesome package. 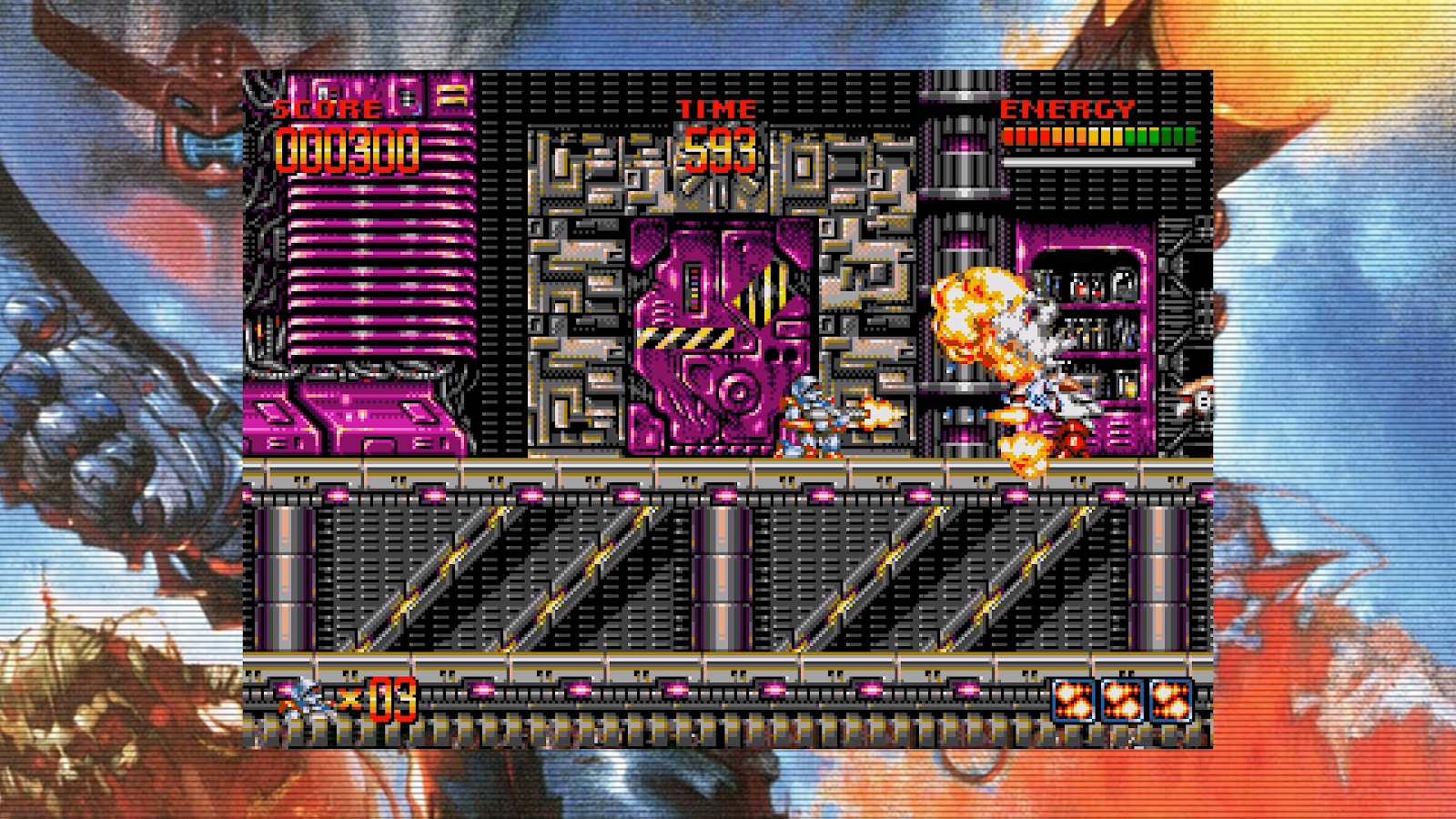 What’s being said by Gaming Media around the World

Turrican Flashback is an excellent look into the history of an incredible game franchise that, despite its fantastic reputation, still doesn’t get the acclaim it deserves. If you’ve ever played and enjoyed a run and gun platformer, you need to give this collection a try.  OldSchoolGamerMagazine

Turrican Flashback is one of the most wonderfully compiled, lovingly crafted retro-game collections I’ve had the pleasure of sliding onto my Switch since Nintendo’s smash-hit hybrid console released four years ago. GAMINGbible 8/10

The ports of Turrican 1 and 2 as well as Super and Mega Turrican are convincing all along the line and enrich the classics with useful features. Eurogamer.de

As dynamic and challenging today as they ever were, Turrican Flashback offers an authentic compilation of games from this classic series, without a single dud among them. Destructoid

If you are a fan of the 8 and 16-bit era, love you some run and gun or just fancy having four great games in one low-priced bundle you owe it to yourself to buy this. Thegamesshed

Turrican Flashback is a labor of love that all fans of the series – and run-and-gun specialists – will enjoy. A blast from the past. TheGamebutler 8.3/10

Classics among Classics – A saga of the greatness of Turrican deserved a compilation as good as the one that ININ Games and Factor 5 bring us. Vandal

If you fondly remember any of the Turrican games and long to play them once again, you’d be wise to consider Turrican Flashback a must-have. Gamespew

Must have award. M! Games

Turrican Collection is a great compilation of four classic run and gun games that, despite their age and difficulty, still hold up to contemporary releases. PlayStationCountry 8/10

ININ Games focuses on the digital and physical publishing of high-quality, feel-good retro and arcade games. ININ Games brings retro games to life and creates the classics of the future. They are best known for “Bubble Bobble 4 Friends – The Baron is Back”, “CrossCode”, “Darius Cozmic Collection”, Slaps and Beans” and “The Ninja Saviors – Return of the Warriors”. Numerous other milestones of classic gaming culture are in the planning and will be announced in the coming months. ININ Games is part of United Games Entertainment GmbH. For more information visit  http://inin.games.

Factor 5 is an independent video game developer and technology pioneer founded in Cologne, Germany. The team achieved early success with the classic Turrican series, and after partnering with George Lucas’ LucasArts, created the multi-million-selling Star Wars: Rogue Squadron franchise, gaining a reputation for continually pushing the hardware to its limits across many gaming landmarks.

Following an expansion to California, Factor 5 became a technology partner in the development of Nintendo consoles and member of the Sony PlayStation ICE group. They pioneered many advances in interactive audio and visuals, often in collaboration with partners like Dolby, THX, and AMD/ATI. Creating key streaming and web technologies, the team has been instrumental in bringing services like Netflix, Hulu, and YouTube to many millions of devices, culminating in their current work for Fortnite and Unreal Engine as part of Epic Games.