Check out the publisher’s booth, play new demos at the title booths, and more!

Melbourne, Australia – August 26, 2020 — Fellow Traveller is set for the first-ever Indie Arena Booth Online at Gamescom 2020 with an exciting lineup of events, new demos, Steam Sale and pre-order discounts. Starting on August 27, you can drop by the Fellow Traveller booth to meet the publisher, and visit the Paradise Killer, Genesis Noir and Suzerain booths to get a closer look at what’s new from these titles. See below for a full schedule of events: 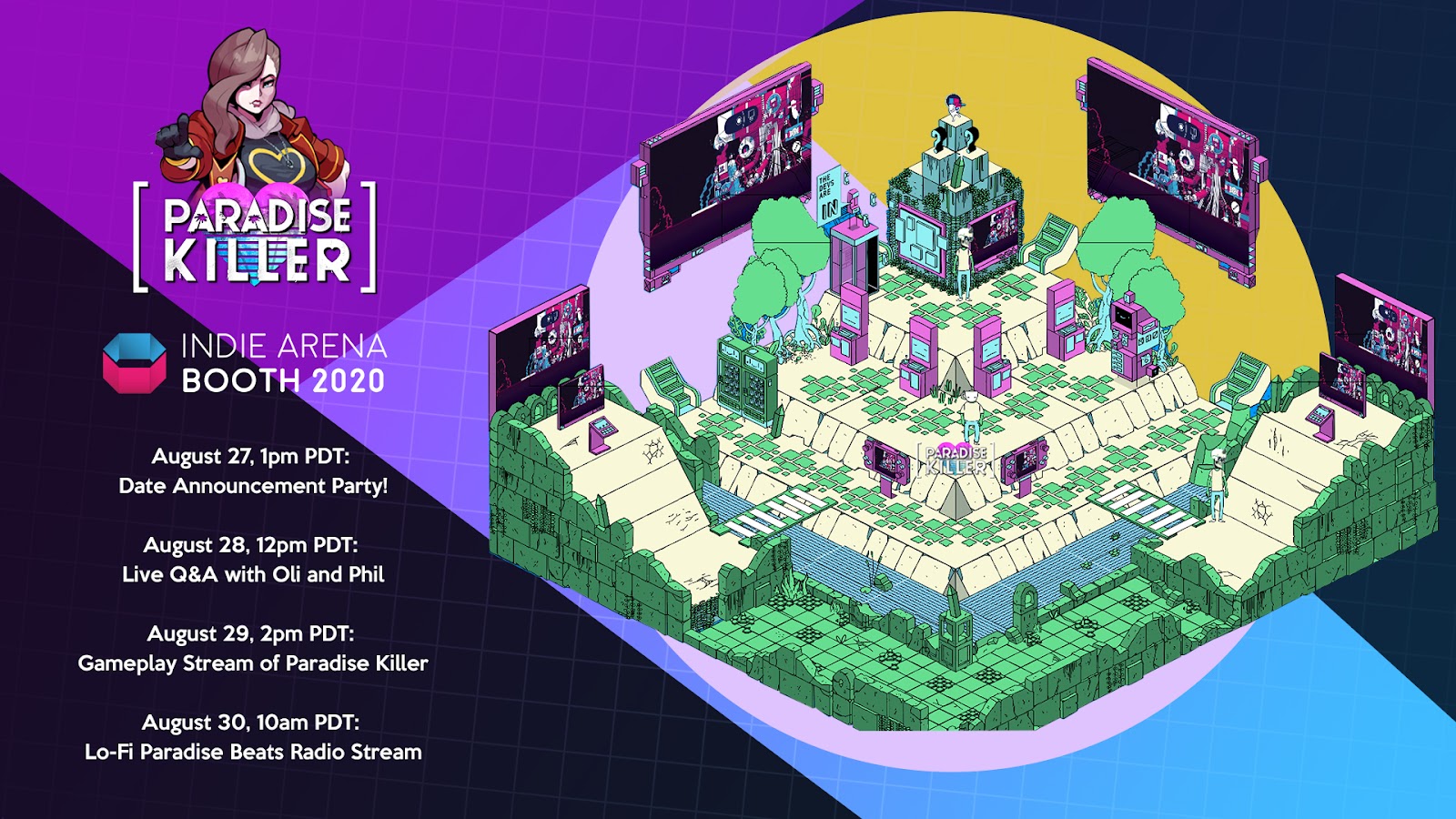 Ask developers Oli and Phil all about Paradise Killer in a live Q&A! Who’s their favorite character? What’s the best cocktail in Paradise?

Get a sneak peek of Paradise before the game launches next week! 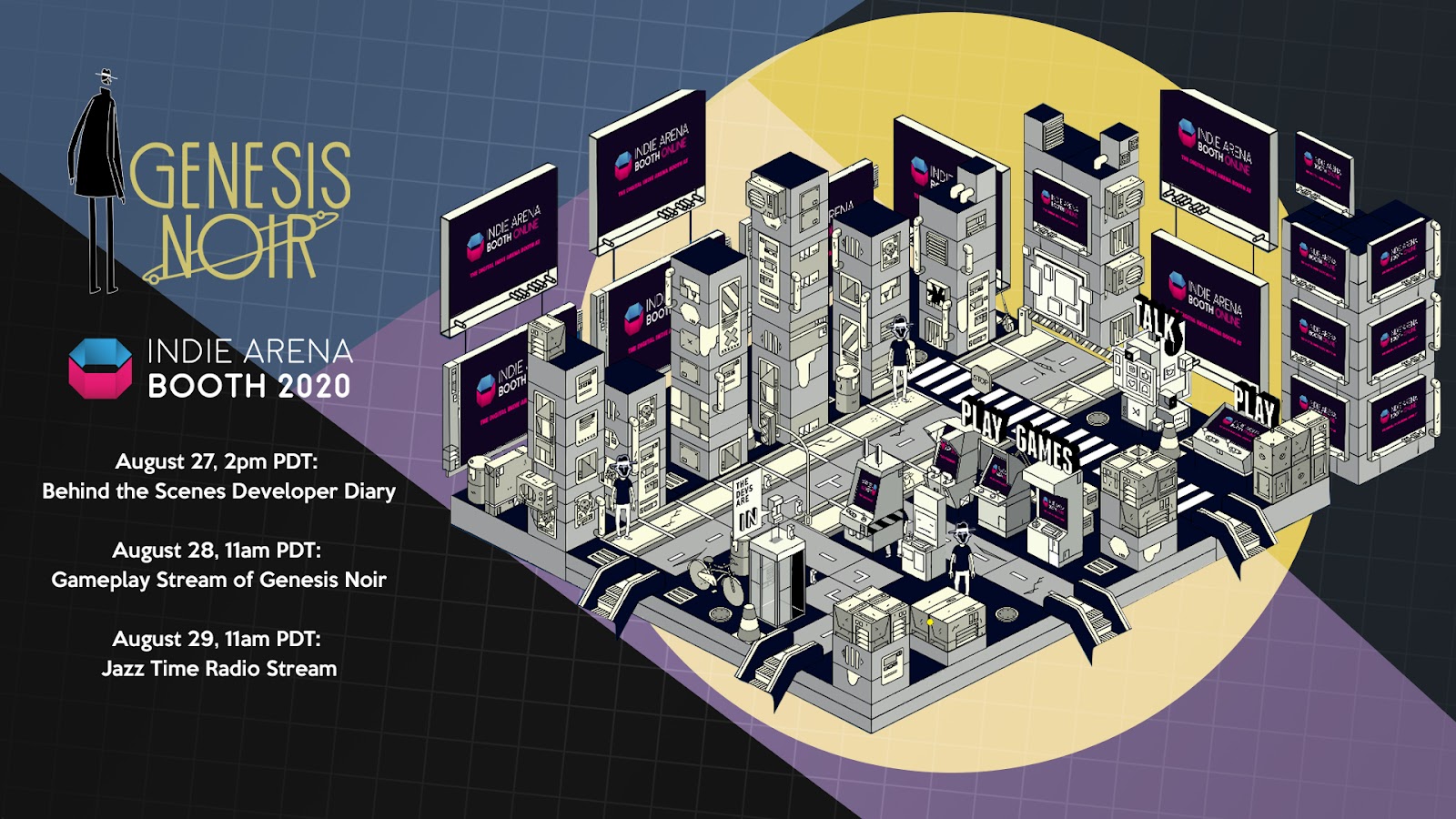 Go behind the scenes with Feral Cat Den, developers of Genesis Noir. Learn about the music and art that inspired this noir adventure.

Tune into our gameplay stream to see how Genesis Noir is played. Get ready to jump into the expanding universe!

Get your foot tapping with a sneak peek at the jazzy Genesis Noir soundtrack. 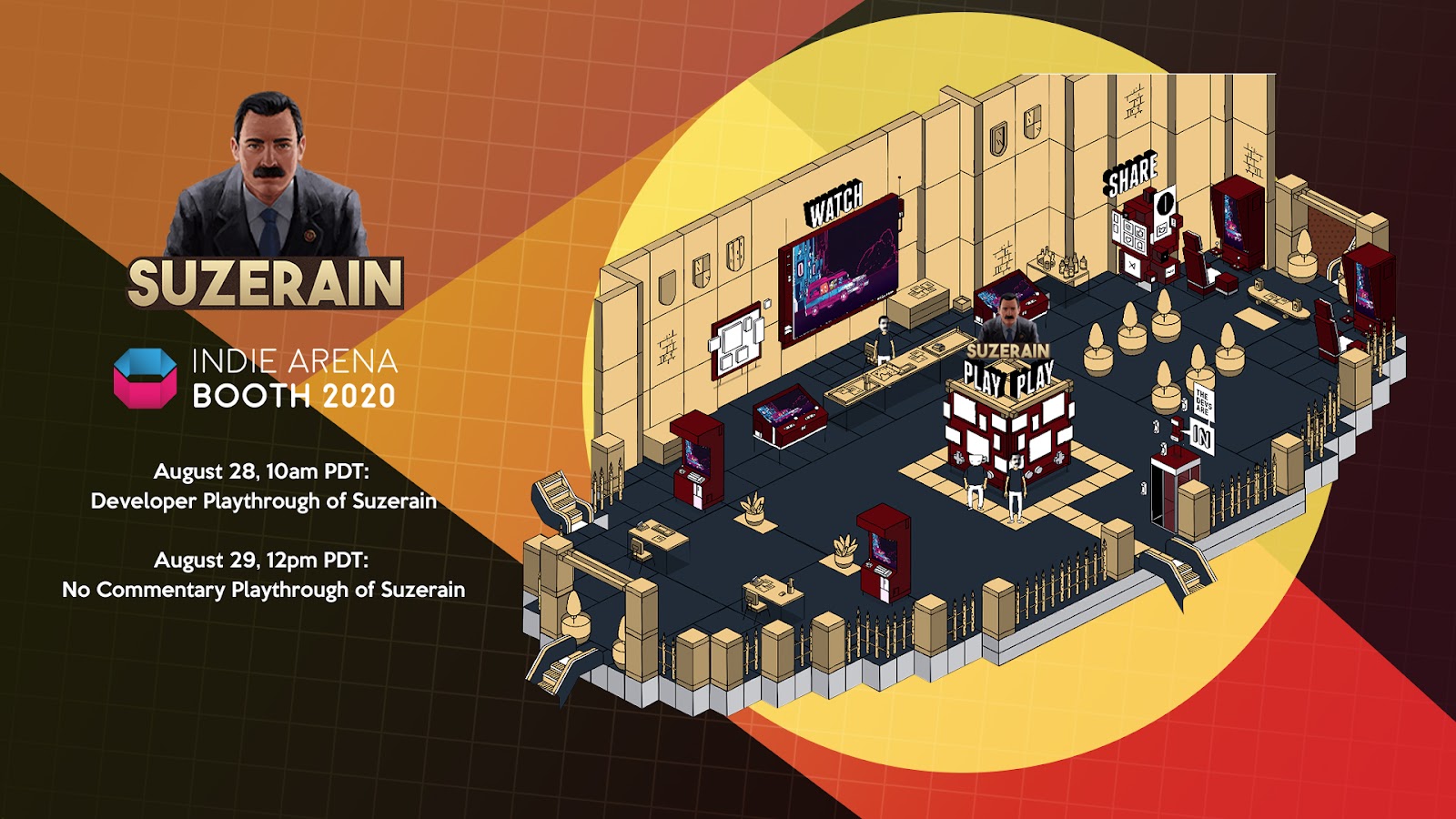 Watch the developers play through the Suzerain demo! Learn all about their inspiration for the game and what they experienced along the way.

Get a look at the Suzerain demo by tuning into this no commentary playthrough stream!

Please reach out via email at [email protected] or by using the contact information below to schedule an appointment or book an online interview.

Are you a Game Developer?

Fellow Traveller is an indie games label exploring the possibility space of what games can be. Passionate about the vast and untapped potential of games as a story-telling medium, its mission is to seek out pioneering game developers working on unusual games with narrative at their core, help these developers bring their creations to the world and to connect them with players looking for something different.

Formerly known as Surprise Attack Games, the label was founded in 2011 and rebranded as Fellow Traveller in 2018. You may know them for the hacking game using real Unix commands (Hacknet), the surveillance thriller series that puts you in the shoes of Big Brother (Orwell), or the quiet rumination on life and loss (The Stillness of the Wind).

Fellow Traveller’s sister company, The Treasure Hunters Fanclub, brings together a group of experienced members of the games industry (the fans), scouting for interesting projects from independent developers (the treasure hunters) and puts together a deal that includes indie-friendly funding from its members and a publishing deal with Fellow Traveller. Money, marketing and mentorship in support of independent creative vision.

Kaizen Game Works is a UK based independent game studio formed in 2018 by two games industry veterans. Drawing on their experience working on BAFTA winning AAA narrative games and wildly popular high end mobile games, Kaizen want to change the rules around game narratives and how players experience them. With a focus on player agency and story interaction, Kaizen want to allow players to craft their own tales and express themselves within games.

Torpor Games UG is an indie video game company based in Berlin that focuses on creating thought-provoking entertainment.

Combining a wide variety of disciplines and experience, the team of five are working on their first project, Suzerain. A political drama set in the 1950s, the game allows players to explore what they would do if they had to lead a country in political turmoil? Suzerain demonstrates Torpor’s goal of questioning our reality through the medium of video games.

Feral Cat Den is a collective of artists, animators, designers, and developers who dream of nesting in a derelict barn. Currently residing in a small studio in Brooklyn, the Collective makes games, animations, web things, VJ things, gin, and numerous other side projects, all based on a mission to fuse animation and interactivity, and create visually rich and tactile games.

Founded by Evan Anthony and Jeremy Abel, who met while studying New Media Design at the Rochester Institute of Technology, the Collective’s first game was FriendQuest, a 16-bit RPG starring friends and collaborators.

Pre-production on Genesis Noir began in 2013 on weekends and after hours. In 2014 a prototype was created in Unity, allowing Jeremy and Evan to test the interactions and aesthetics of the game. In 2016, the pair went full time on the game, switching development from Unity to Unreal.