Stuttgart, 27th January 2021 – ININ Games is excited to announce the boxed, physical release for Nintendo Switch of the much acclaimed Sekai Project Root Double -Before Crime * After Days- Xtend Edition one of Japan’s greatest graphic novel adventure games will be released this week, Friday 29th January 2021.

Root Double -Before Crime * After Days- Xtend Edition is both genre innovative and extends the boundaries of what is a truly epic graphic novel that many have heralded as one of the finest crime thrilling stories gamers can experience. 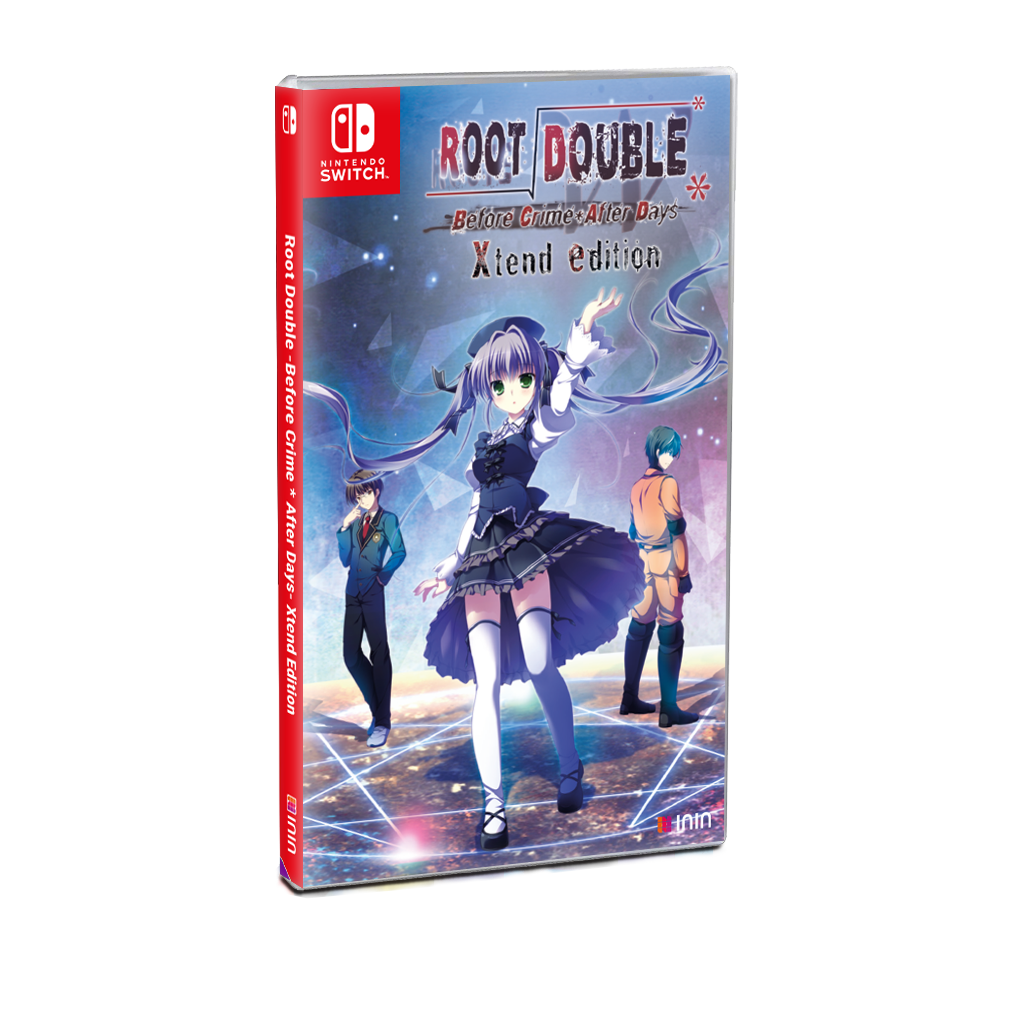 …. for VN fans this is a must-play with a beautifully written sci-fi/supernatural twist and an extensive mystery to unravel. InvisionCommunity 8/10

The Game mechanics can be confusing to get used to, but persevere and you’ll find an enjoyable game here. After all, part of the fun is collecting all those bad endings. UK Anime 8/10

Root Double -Before Crime * After Days- Xtend Edition will in all likelihood be a visual novel that I will remember for a very long time. Heypoorplayer  4/5

Set in 2030 in a combined city and research hub, the residents are unable to interact with the outside world without permission from the local government. After an accident at an institute in the city, one of the game’s two protagonists, Watase Kasasagi, is sent in as part of a rescue team; the other, a high school student named Natsuhiko Tenkawa, happens to be in the institute at the time of the accident.

At the start of the game, there are two story scenarios for the player to choose from. Each scenario is told from a different character’s perspective in which the player assumes the role of; You must search for survivors, make the right choices, build your relationships, and regain your memories as you try to stay alive. An essential component in the game is the “Senses Sympathy System” (“SSS”) and throughout the game, the player is given a chance to adjust their impressions (“Senses”) of the characters (including the characters that they are taking the role of) using sliders.

Root Double -Before Crime * After Days- Xtend Edition offers up so much and presents a huge and unsurpassed detailed visual graphic novel!

ININ Games focuses on the digital and physical publishing of high-quality, feel-good retro and arcade games. ININ Games brings retro games to life and creates the classics of the future. They are best known for  “Bubble Bobble 4 Friends: The Baron is Back”, “Slaps and Beans”, “Crosscode”, “Space Invaders Forever” and “Turrican Flashback”. Numerous other milestones of classic gaming culture are in the planning and will be announced in the coming months. ININ Games is part of United Games Entertainment GmbH. For more information visit http://inin.games.

Sekai Project is a localization and game developer founded in 2013 from various industry veterans combining their efforts to translate and release Japanese adventure games and visual novels in English. Over time, the company has worked on many familiar titles, including the world renowned CLANNAD, the Grisaia series, NEKOPARA among others. The company began publishing and developing for home consoles in 2016, and also forayed into print entertainment with manga’s such as GATE. Today, Sekai Project develops and translates games from all over the world and different genres.