December 11, 2019 – Bohemia Interactive is proud to announce the release of the Update 1.2: Preppers, for Vigor, which is available today. The update reveals the Battle Pass along with its first season: Preppers. We are also bringing Christmas to the Outlands together with Tools, Crafting Boosters, Charity Box Rewards, and much more. 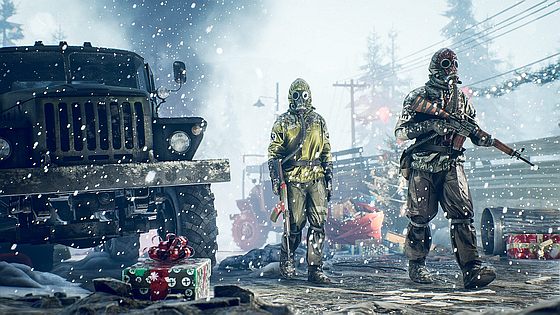 In a world devastated by the fallout of the last great war, Norway has become the last great bastion of humanity now known as Outlanders. You must survive as one of the only living remnants of a world in tatters — Fight, loot, maintain your shelter, and play smart to survive your new hostile landscape.

Vigor is an online, third-person, multiplayer, shoot-and-loot game exclusive for Xbox One with unpredictable challenges to overcome as you compete with fellow Outlanders for precious resources. Take on (or work with) other player, loot for resources, battle for airdrops, and escape to the safety of your Shelter, where you’ll build improvements and level up before stepping back into the battlefield.

Our story began with our first game, Arma: Cold War Assault, released back in 2001. Developed by just a handful of people, this PC-exclusive title became a massive success. It sold well over a million copies, received numerous industry awards, and was praised by critics and players alike. Since then, we’ve grown from a ragtag bunch of garage devs to an international family of over 400 professionals – working on major games like Arma 3, DayZ, Ylands, Vigor, and various other projects. Our ambition: to make games that act as platforms for people to explore, create, and connect. More information is available at www.bohemia.net.