ININ Games is pleased to announce the challenging, colourful and addictive all out action game  Umihara Kawase BaZooKa! is set for release  on Nintendo Switch and Sony PlayStation 4. The release in  Europe, Australia and New Zealand is both digitally on Sony PlayStation Store and Nintendo Store and physically  on September 29th 2020. The North America release will follow a month later on 0ctober 30th 2020.

Umihara Kawase BaZooKa! is a fast-paced action game where the player’s goal is to clear the screen of enemies by performing skilful combos with their Bazooka and an extraordinary fishing rod. Screens feature moving platforms, perilous obstacles and quirky enemy sea life. Umihara Kawase BaZooKa! offers multiplayer action at its very best and competitive gamers are bestowed with fast-paced battles. 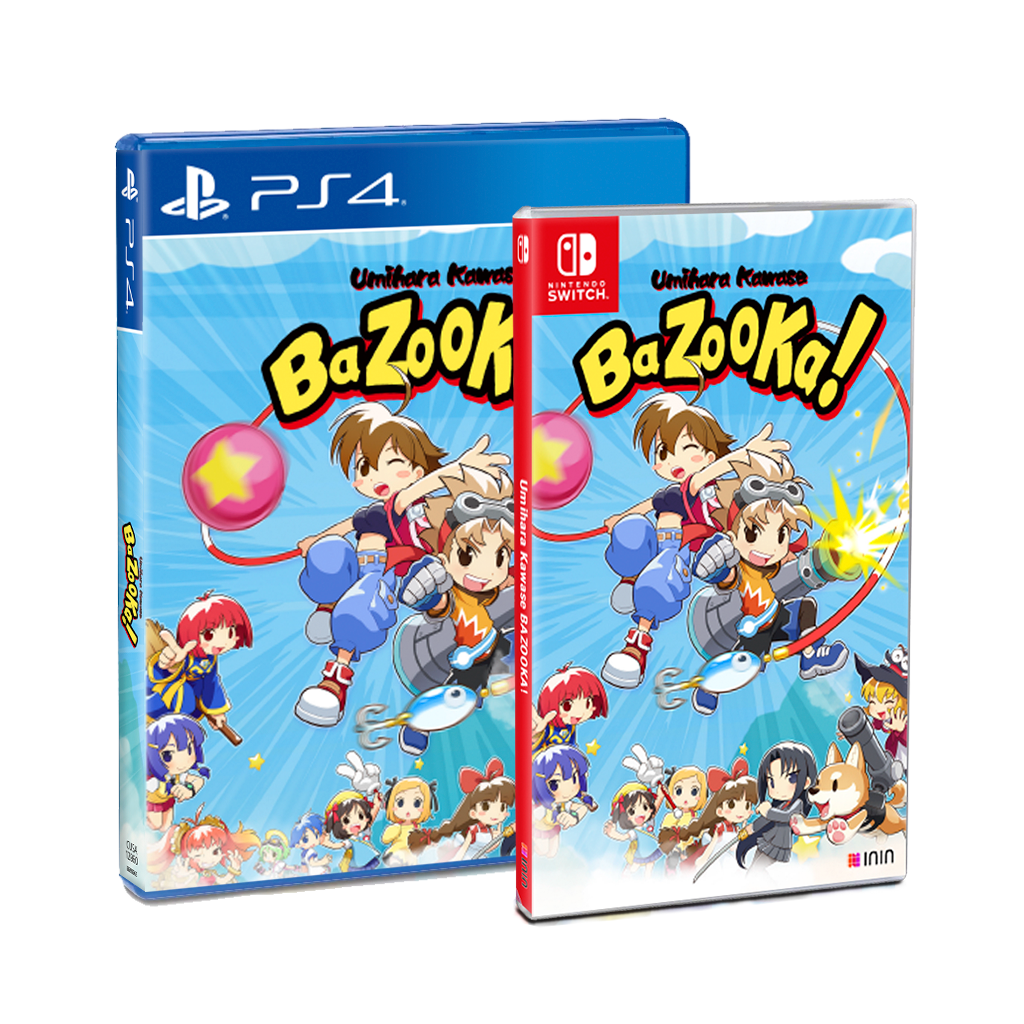 ININ Games focuses on the digital and physical publishing of high-quality, feel-good retro and arcade games. ININ Games brings retro games to life and creates the classics of the future. They are best known for “Bubble Bobble 4 Friends”, “CrossCode”, “Darius Cozmic Collection”, Slaps and Beans” and “The Ninja Saviors – Return of the Warriors”. Numerous other milestones of classic gaming culture are in the planning and will be announced in the coming months. ININ Games is part of United Games Entertainment GmbH. For more information visit http://inin.games.

Success Corporation was founded in 1978 and is one of Japan’s top five independent game companies with a long history. Success has developed and sold a lot of games for all platforms, including arcades, consoles, browsers and apps. Some of Success Corp.’s work was among the first projects in the gaming industry.

Studio Saizensen Inc was established in September 1997 (Saitama Prefecture, Japan) and has mainly developed consumer games as well as card and arcade games. Studio Saizensen Inc is best known for the “Umihara Kawase” trilogy of puzzle/platformers and the “Blade Strangers” series.