Milan, Italy – January 14th, 2021. Avast landlubbers! 3DClouds has raised theirJolly Roger to announce that their highly anticipated sea fairing action RPG King of Seas will launch on February 18th, 2021 for PC via Steam, Nintendo Switch, PlayStation 4 and Xbox One. After a busy year of development, King of Seas is finally ready to set sail and thrill pirate fans around the world.

King of Seas is an Action Role playing game set in a deadly procedurally generated pirate world. In a ferocious plot you will fight to regain what has been taken away and embark on an epic adventure in a fantastic world, filled with battles, lost islands and treasures. A universe full of amazing characters and breathtaking missions will keep you anchored as you strive to become the king of all pirates.

In celebration of this momentous occasion, 3DClouds has released a new gameplay trailer to whet your appetite ahead of the launch. 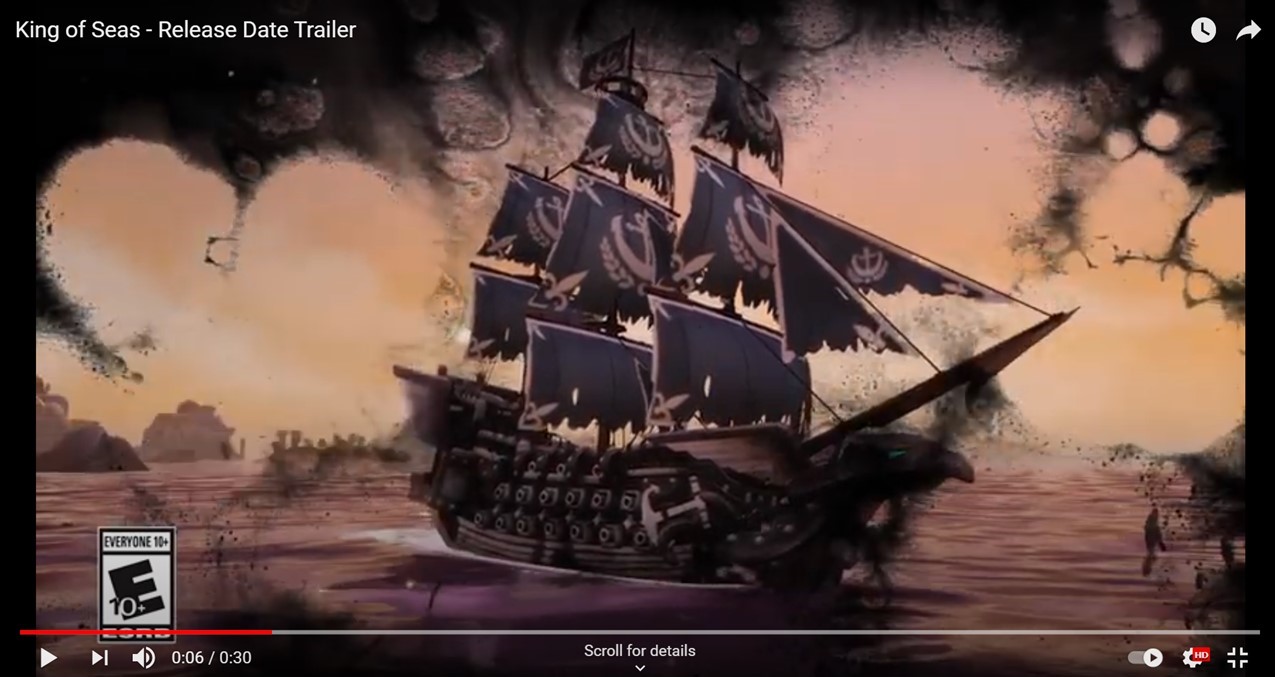 King of Seas will be available on February 18th for Windows PC via Steam, PlayStation 4, Xbox One and Nintendo Switch. Fans can wishlist the PC version on the official King of Seas Steam page here. For all the latest information please visit the official website here or follow on social media Facebook, Twitter, Instagram, Discord and YouTube.

3DClouds is a graphic studio creating multimedia productions in Computer Graphics and MultiService 3D. For some years 3DClouds has specialized in creating video games thanks to a team of veterans of the sector, with experience in Microsoft, Milestone and Ubisoft, and a team of young and enthusiastic talents. 3DClouds debut videogame All-Star Fruit Racing released in 2018 was a kart racer available on PC, PlayStation 4, Xbox One and Switch. The following year 2019 turned out to be a very big year for 3DClouds with three separate titles released. Xenon Racer our second game was released in the spring showcasing another example of design innovation within the racing videogames genre. In November “Race With Ryan” a second kart racing game was released which we developed for the most famous youtuber channel in the world, Ryan’s Toy Reviews. Closing out on a busy 2019 we also released CARRUMBLE, a completely new take on the brawler genre.