Stuttgart, August 24th, 2021: ININ Games together with Raw Fury are looking forward to the upcoming release of Star Renegades as boxed versions for Nintendo Switch and PlayStation 4! The rogue-lite strategy RPG – created by the masterminds and makers of Halycon 6: Starbase Commander at developer studio Massive Damage – will be available from Friday, August 27th in North America and Europe.

Join the rebellion and lead a ragtag rebel squad to fight against The Imperium – a merciless adversary in fast-paced, tactical turn-based interplanetary battles. Unlock, trade and upgrade the rebels with tons of weapons, loot, and gear – but beware! Your enemies won’t go easy on you. Will you be able to save the universe? 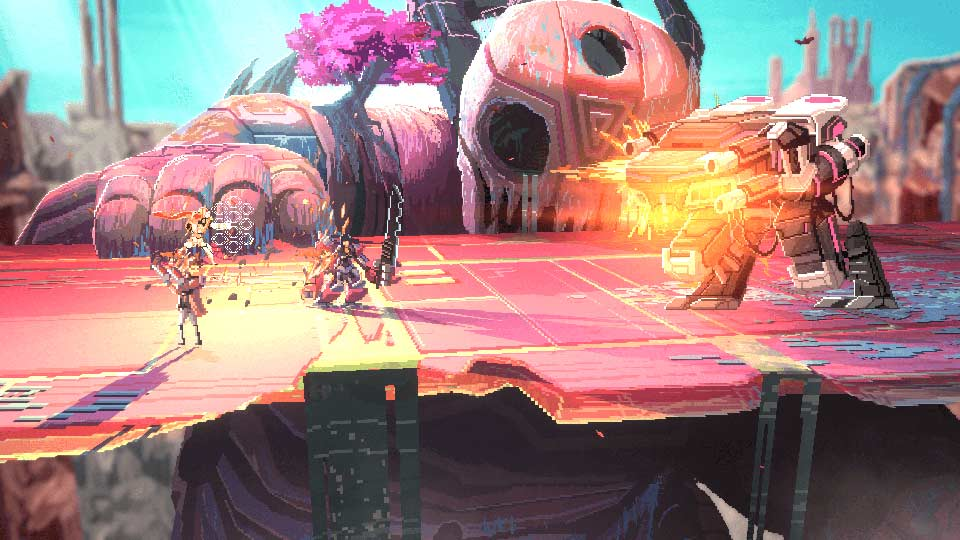 In addition to the retail versions, there are two premium limited editions available for pre-order, exclusively at the Strictly Limited Games Partner Store.

The Limited Edition comes individually numbered and includes a manual. The Collector’s Edition comes in a special box including a modular diorama, a beautiful artbook, the superior soundtrack and a lot more. Visit the Partner Store for more information!

About ININ Games
ININ Games focuses on the digital and physical publishing of high-quality, feel-good retro and arcade games. ININ Games brings retro games to life and creates the classics of the future.
They are best known for “Wonder Boy: Asha in Monster World”, “CrossCode”, “Cotton Reboot”, “Slaps and Beans” and as the publishing partner for the TAITO titles “Bubble Bobble 4 Friends: The Baron is Back” and “The Ninja Saviors – Return of the Warriors” in North America and Europe.
Numerous other milestones of classic gaming culture are in the planning and will be announced in the coming months.
ININ Games is part of United Games Entertainment GmbH. For more information, visit https://www.iningames.com/.

About Raw Fury
Raw Fury is an indie game (un)publisher with a base of operations in Stockholm, Sweden – and a team spread across the globe. Founded in 2015 and known for publishing critically acclaimed games like Kingdom, Bad North, Per Aspera and Star Renegades. Raw Fury is on an ongoing adventure to seek out magical experiences and celebrate games as art.
Visit https://rawfury.com/ for more information!

About Massive Damage
Founded by mobile app pioneers Ken Seto and Garry Seto in 2010, Massive Damage is a proudly independent Toronto games studio that focuses on delivering compelling experiences that lean towards mashing up game genres in unexpected ways.
Their first game, Please Stay Calm, released in late 2011 and was one of the most successful location-based massively multiplayer games on iOS. Shifting away from mobile to Steam, they raised $187K on Kickstarter for Halcyon 6: Starbase Commander, their space strategy RPG mashup that released to commercial and critical success in 2016 for Steam, Nintendo Switch and iOS. Their latest game, Star Renegades, is now available on Steam, GOG, Microsoft Store, Nintendo Switch and PS4.
For more information visit http://massdmg.com/

Strictly Limited Games is a German publisher based near Stuttgart, specialized in releasing a curated selection of digital download-only games in exclusive collectable physical editions for PlayStation 4, PlayStation Vita and Nintendo Switch. The company was founded in 2017 by Dennis Mendel, a former scholar for game studies and advisor at Fraunhofer Institute, and Benedict Braitsch. Both passionate collectors with a combined collection of over 7.000 digital and physical games for all console generations, their intention is to form an opposite pole to the current trend of digital-only releases. All collectors’ editions are available exclusively at Strictly Limited Games online store www.strictlylimitedgames.com