Gorf’s new mini-quest awaits you, with ten new Shell shades to discover, plus a Rotting Christ alternative soundtrack and a powerful photo editor – all free from today!

And to mark the occasion, Mortal Shell is now available at a 20% discount for a limited time across the PlayStation Store and the Epic Games Store (a 20% discount will go live on Xbox from October 27th).

The Mortal Shell: Rotten Autumn update centers on Gorf, the humongous verbose amphibian whose enigmatic dialogue and mysterious intentions have stirred imagination within the Mortal Shell community. Players should pay a visit to Gorf after downloading the update to open a new mini-quest.

Those who manage to satisfy Gorf will be rewarded handsomely with up to ten new Shell shades. From Solomon’s Dracula-inspired war-paint to Eredrim’s regal yellow trim, these new skins let players demonstrate their combat mastery in a style that suits.

Also available in the free update is a powerful new photo editor. From the pause menu, players can now access a suite of photo editing tools to create their own gorgeous and gruesome snapshots. 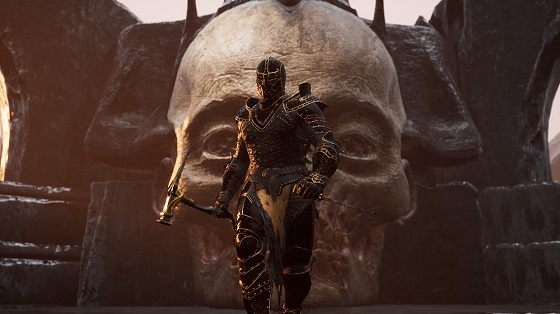 “We are incredibly delighted with such a warm reception of Mortal Shell and are forever grateful to the community for all the love and support the game has received,” said Cold Symmetry’s four co-founders – Andrew McLennan-Murray, Anton Gonzalez, Dmitry Parkin, and Vitaly Bulgarov – in a joint statement.

“We’d like to express our gratitude and celebrate the successful launch with you by introducing this extra content that we hope you’ll enjoy!”

Mortal Shell Rotten Autumn comes just ahead of the game’s long-awaited physical release, which comes with an exclusive fold-out poster and softback artbook featuring never-before-seen concept images and character art. Priced at $29.99 (€34.99 / £29.99), this physical edition can be purchased at major participating retailers.

Note: The PC edition of the physical version does not carry a disc – enclosed instead is a key that can be redeemed on the Epic Games Store.

Cold Symmetry, founded in 2017 by a core team of four, is best known for its debut title Mortal Shell. The studio is composed of AAA veterans with a strong passion for making games of their own. Their distributed development model allows them to work with the brightest and most talented people in the industry around the world. www.coldsymmetry.com/.

Playstack was founded on the belief that even the greatest developers need support to be at their best. Its ethos is to discover and nurture the next generation of talent in the games industry. Playstack provides development partners the security and resources that allow them to play to their strengths as creative leaders, entrusting our experienced team to mastermind the marketing and publishing campaign. We support great ideas wherever they come from and we’re completely platform agnostic, from PC to console, mobile and more. www.Playstack.com.