With CES being a physical event this year, it gives media and visitors the chance to see some fantastic products in the flesh for the first time. French start-up company Vaonis will be showcasing its range of smart telescopes, including the follow up to the hugely popular Stellina telescope, the Vespera. The new telescope which means ‘evening’ in Latin is a lighter version of its big brother at a more accessible price point of $1499.

The Vespera aims to make astronomy more accessible to people by providing a smart device that works with a smartphone or tablet, guiding users to interesting parts of the night sky, and allowing them to record images and share with friends and family so everyone can take part in the experience, turinng astronomy into a truly social activity to conquer a broader, more modern audience.

Typically, personal telescopes require time to set up and make fine adjustments, which amount to time wasted not looking skyward. The Vespera telescope alleviates the hassles of current telescopic setups as it automatically handles fine adjustments with a mobile app. Once connected to the app, users can simply choose what kind of stars, from a nearby nebula to entire galaxies or our closest neighbour, the moon, they want to capture and the telescope will find and photograph them. The final images are then sent to the connected device for viewing and convenient sharing on social media with friends, loved ones and fellow astrophotographers.

“Our first revolution, Stellina, has been a worldwide success since the first year of its launch. With Vespera, we have brought all the technology embedded in Stellina within everyone’s reach. ” says Cyril Dupuy, founder of Vaonis. 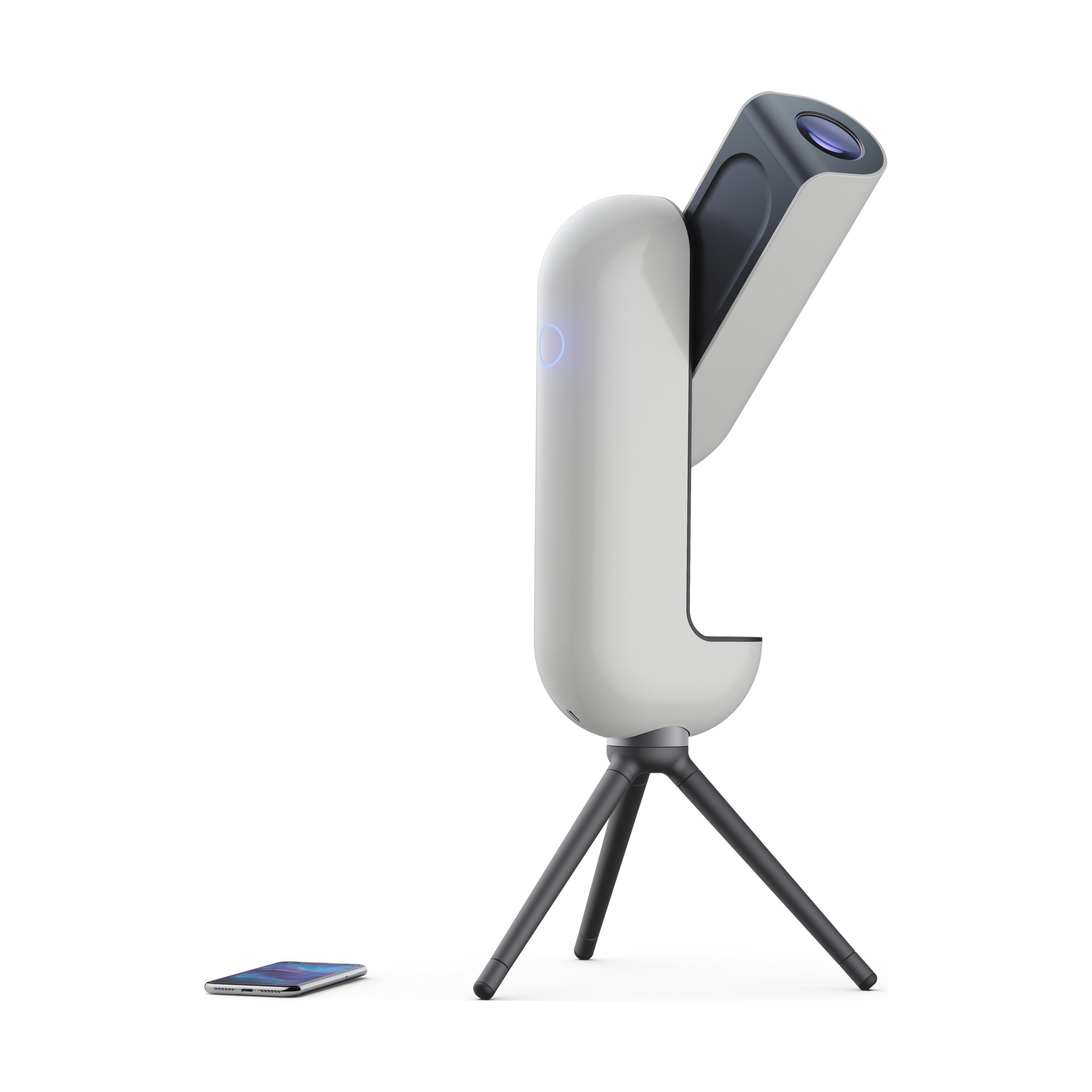 Weighing less than 5kg (10 lbs), Vespera is “as affordable as an iPhone“. A true technical and industrial feat in regard to its technology, which combines optics, electronics and mechanics of high precision, as well as the most cutting-edge embedded intelligence on the market. While Stellina is positioned in a high-end segment, Vespera should find a wider audience. Small but powerful, it can be used by any newcomer to stargazing thanks to its ease of use and mobile app. Users will be able to observe on their screens and in just a few minutes the night sky’s hidden gems, galaxies, nebulae, and then share the photos of their observations on social media. In addition to being the smallest smart telescope in the world, Vespera is the only instrument to offer a shared and interactive experience around the stars, while respecting the precautions of use imposed by Covid thanks to the remote observation on screen.

Be in with a chance of winning a Vespera by entering into the prize draw on the booth. The winner will be announced right after CES.

Created in France in 2016 by Cyril Dupuy, Vaonis is composed of twenty astronomy, photography and technology enthusiasts eager to share their wonder of the stars with everyone. Together, they created Stellina, the first observation station allowing anyone to photograph the universe’s celestial objects at the touch of a button. Real game changer in the field of amateur astronomy, the product won several awards, including a CES Innovation Award in 2018 and a Red Dot Design Award in 2019.