The exclusive pre-order for this unforgettable arcade experience will start from Strictly Limited Games on February 21st.

Speed Limit is a super-fast-paced genre-morphing arcade-style action game with beautifully animated pixel art. When a disheveled stranger hands you a gun during your daily commute, everything goes horribly wrong, fast. Speed Limit is an old-school action extravaganza that will raise adrenaline levels, and test all reflexes to the max.

The gameplay and perspective change radically every two stages as you jump into ever faster modes of transport; starting with a commuter train, through a convertible sports car and all the way to a fighter jet. As the speed of the vehicles ramps up, so too does the intensity of the action. Speed Limit is fast, and it is hard. You will certainly die a few too many times but the excitement constantly mounts as you progress further into what is a game that has already garnered many awards for the development team.

Speed Limit is a must-play for all retro gamers:

The Limited Edition is available for €29.99, limited to 3,300 copies for Nintendo Switch and 1,700 copies for PlayStation 4 worldwide. 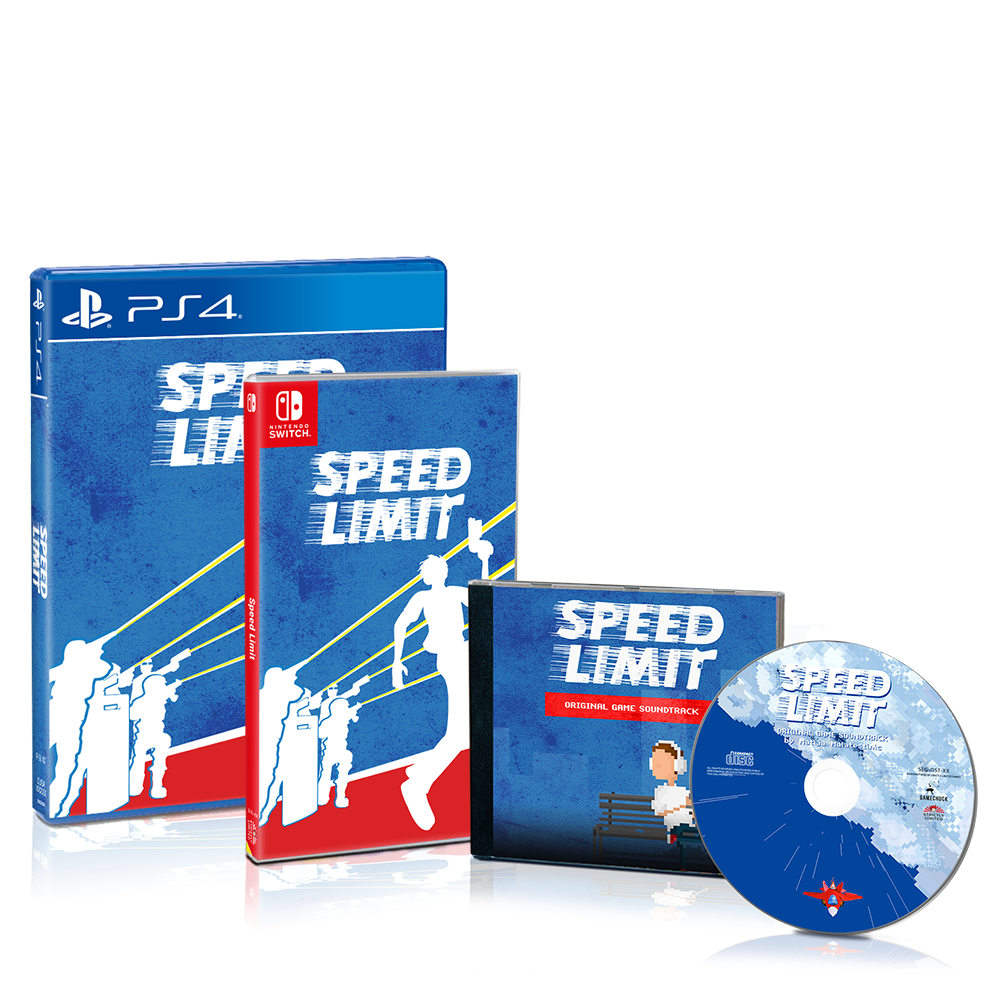