Play NYC, New York’s premier gaming convention, will honor WorldPride, the 50th Anniversary of the Stonewall Uprising and celebrate the diversity of the U.S. gaming community through its “Graffiti Games” installations on August 10-11 at the Metropolitan Pavilion 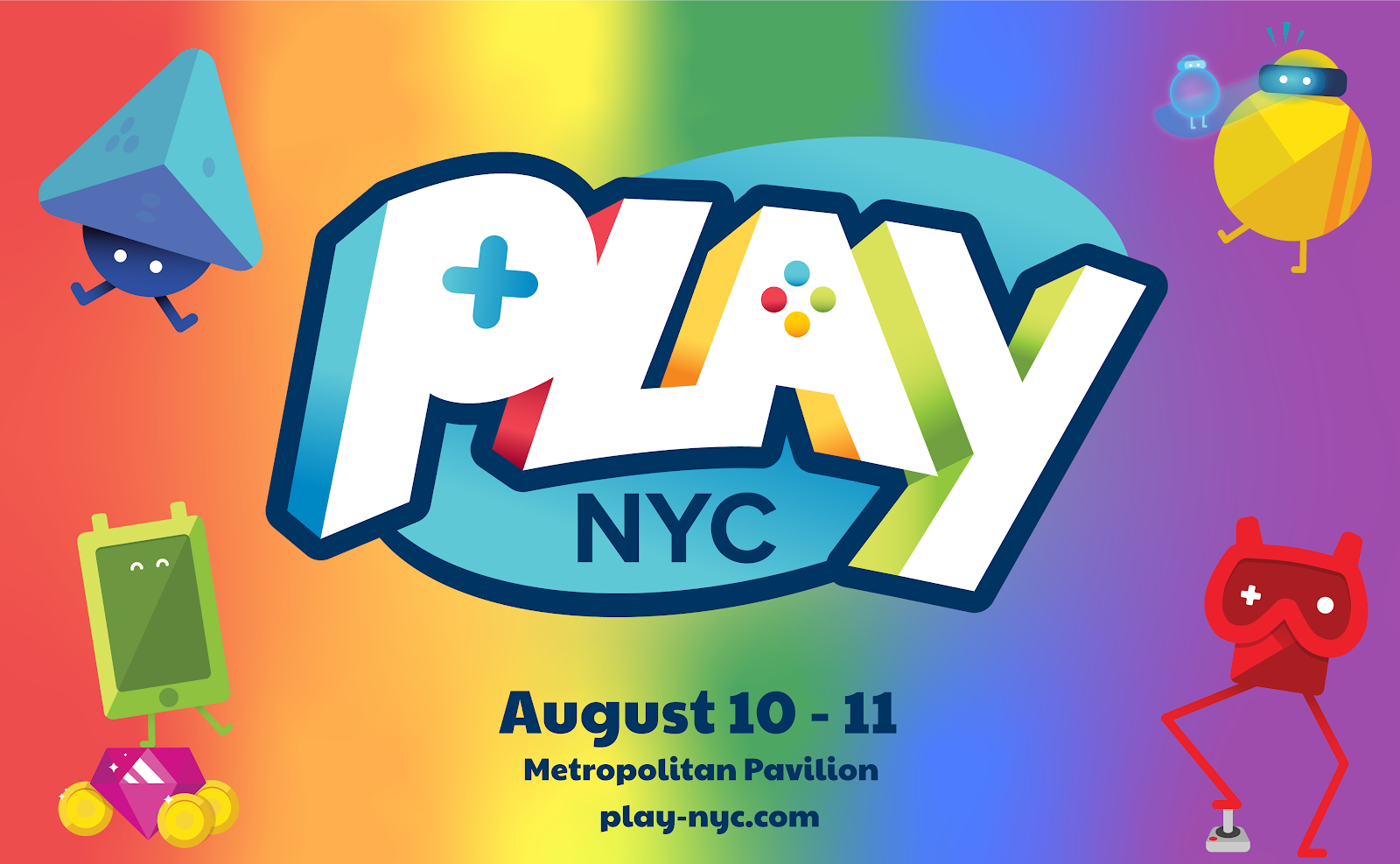 NEW YORK, (July 26, 2019) – To celebrate the diversity that makes the American gaming industry and New York City so special, Playcrafting – one of the largest game communities in the U.S. – announced today it will unveil five “Graffiti Game” installations created exclusively for the 3rd Annual Play NYC convention on August 10th and 11th at the Metropolitan Pavilion (125 W 18th Street). As New York City hosts WorldPride and marks the 50th Anniversary of the Stonewall Uprising, this year’s Graffiti Games will honor the voices, talent and impact of LGBTQ community in gaming and the importance of creating a safe space for all to be their authentic selves.

“The Graffiti Games are such a special part of Play NYC because they provide a unique platform for developers to flex their creative muscles and share their personal stories with the world,” said Dan Butchko, Playcrafting’s founder and CEO and organizer for Play NYC. “We’re especially excited about this year’s theme because Playcrafting gets to show its support for these dynamic developers from the LGBTQ community’s efforts to promote inclusivity through games and in their everyday lives. Playcrafting is beyond honored to join NYC in commemorating this important moment for the city and the greater LGBTQ community.”

Like graffiti on a wall, the “Graffiti Games” installations are designed to surprise guests with immersive experiences around every corner of the convention that elevate the perspectives of marginalized game creators and NYC as one of the most diverse places on the planet. The games and their developers will also be featured live on Playcrafting’s Twitch stream for thousands more to see.

Play NYC will run on Saturday, August 10th and Sunday, August 11th from 10 a.m. – 6 p.m. ET. Tickets start at $25.00 per person. Click here to become an exhibitor, and here to request press/influencer passes. Visit play-nyc.com and follow us on Twitter @Playcrafting and #PlayNYC for more updates.

Playcrafting is the largest network of game developers in New York. Started as a small Meetup group in 2009, the organization has grown to 30,000 strong across the U.S. From design and programming to business and beyond, developers come to Playcrafting to sharpen their skills and partner with companies that help them succeed. The organization’s hands-on classes lower the barrier for entry for anyone to get started making games and to empower pros to level up their skills. Playcrafting hosts everything from local gatherings like Expos and Demo and Plays to industry-recognized annual events like Play NYC and the largest Global Game Jam site in the U.S. The organization offers over 100 courses and events annually. Partnerships like Bose unlock the power of game creators and generate brand new games that weren’t otherwise possible. Previous partners include Facebook, Verizon, IBM and more. Sign up here to join us.