Barcelona, Spain – Tuesday September 7th, 2021: For the past decade, PewDiePie – known as Felix Kjellberg to his friends – has been one of the most popular YouTubers on the planet, with more than 110 million subscribers around the world at last count hanging on his every word, for better or worse.

Who better, then, to pass on the fruits of his wisdom to the next generation of content creators?

Raiser Games and UPLAY Online are excited to announce that PewDiePie will be headlining a  cast of real life YouTubers who will all appear in forthcoming content creator simulator Youtubers Life 2. Taking on the role of guardians – or ‘Senpais’, as PewDiePie fans may be more accustomed to hearing – Kjellberg and a cast of 10 YouTubers in total will appear in the game in side-missions, offering players the opportunity to increase their knowledge and experience in specially set challenges.

Also joining the line-up will be Crainer, LaurenzSide, Rubius, Paluten, InoxTag, WillyRex, GermanLetsPlay, Vegetta777 and xFaRgAnx. Youtubers Life 2 will offer aspiring content creators the opportunity to live out their YouTube dreams in relative safety when it launches on PC, PlayStation, Xbox, and Nintendo Switch later this year. 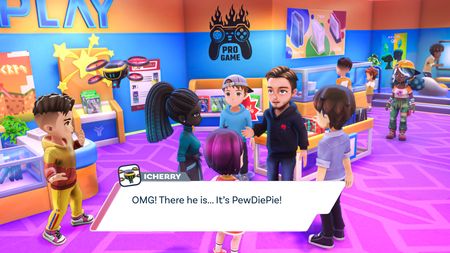 According to Sergio de Benito, Marketing Director at Raiser Games, working with some of the world’s most popular YouTubers should give players an example of the responsibility that comes hand in hand with wielding considerable influence.

“Fame is a fickle beast and – like film stars, pop stars, and sports stars before them – YouTubers have spent the last decade finding out that, once you hit the big time, everything you do or say is under the microscope,” says de Benito. “We thought that having real life YouTubers in play was a must for Youtubers Life 2, because they are the only people on the planet who can, with some authenticity, pass on advice based on the highs and lows they’ve both enjoyed and endured whilst in the public eye. They really will be the players’ guardian angels.”

All of the YouTubers will appear in dedicated, specialised side-missions, challenging players to carry out fun tasks increasing their knowledge and experience in the process. They will act as the icing on the Youtubers Life 2’s considerable cake, adding an extra slice of realism to proceedings.

“It’s been really interesting working with the Youtubers Life 2 developers to make sure my likeness comes across in play,” adds Crainer. “I hope my subscribers get a real kick out of seeing me in the game.”

In Youtubers Life 2 you will be able to: –

Raiser Gamers and UPLAY Online will have more to announce regarding Youtubers Life 2’s forthcoming launches in the months ahead.

Raiser Games is Webedia’s game publisher. Our talented team of professionals, with over 200 games behind our backs, helps independent developers to bring their best ideas to life by producing, marketing, publishing, and distributing their projects on multiple platforms and on a worldwide scale. Bringing entertainment to all audiences is our passion.

UPLAY Online is an independent video game studio based in the city of Barcelona, Spain. Founded in 2009 and staffed by video games and sports lovers, UPLAY Online focuses on creative projects that combine classic playability values (management, runner, puzzle…) with contemporary topics like influencers and esports. They are creators of the superhit Youtubers Life (PS4, Xbox One, Switch, Steam, iOs, and Android), the first and best YouTuber simulator available on any electro, reaching the top 100 best sellers on Steam in 2016. The studio has also developed franchises such as Esports Life, Striker Manager, Striker Soccer, Swipe Basketball, and Train Crisis, among other titles, which have been enjoyed by more than 50M users worldwide on multiple platforms (PC, iOS, and Android).