Manchester, UK – August 28th, 2020 —Merge Games is thrilled to unveil new details about their open world survival title, Smalland. Since Merge took over development of the highly anticipated title in 2019, they are ecstatic to reveal some new information on what to expect from the massive adventure with a brand-new video that recently debuted on the Future Games Show at Gamescom!

Diving into combat, crafting, building, and customisation, Merge reveals brand new gameplay and details of the epic landscapes you will be able to explore. Featuring dynamic, ever-changing environments where creatures react to each other as well as the world around them, Smalland sees players emerge into a giant overgrown world where they’re shrunk down to the size of a pebble.

Changing weather, rotating seasons, and a full day/night cycle all add unique challenges and are another massive feature of Smalland, as players explore across an expansive open world environment. In the video, Kev also dives into customisation detailing some of the ways players can adjust their character and skills to be uniquely them, and align themselves with new creatures to gain abilities — which can protect them, or move them up the food chain!

Coming to Consoles and PC next year, check out the Merge Facebook and Merge Discord page as well as add the game to your Steam wishlist here for more news and community announcements soon! 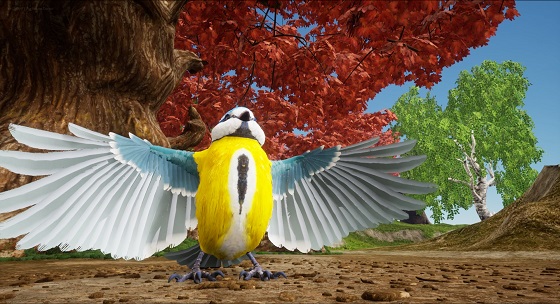