BROUGHT TO YOU BY JAZZ RE:FRESHED , BRITISH UNDERGROUND, ARTS COUNCIL ENGLAND, PRSF INTERNATIONAL SHOWCASE FUND
February 24, 2022 – Today, JAZZ RE:FRESHED OUTERNATIONAL, the international showcasing partnership between Jazz re:freshed and British Underground, announce the lineup for their UK Jazz Showcase at this year’s SXSW, taking place on March 17 at Sellers Underground. The lineup features Brown Penny, a fresh on the scene indie-jazz-metal ensemble, bassist/composer Daniel Casimir, rising star vocalist  CHERISE, all-female afro-jazz collective Colectiva, drummer/multi-instrumentalist Jas Kayser, and Jazz re:freshed co-founder DJ Adam Rock.
The showcase returns to SXSW for its fifth year after an acclaimed SXSW live-stream from the iconic Abbey Road studios in 2021 and reveals the next generation of rising stars emerging from the prolific UK jazz scene that has spawned major careers including Shabaka Hutchings, Nubya Garcia, Moses Boyd, and so many more.
In addition to this incredible showcase lineup, Jazz re:freshed will host a panel discussion entitled The Dope Black British Jazz Landscape at 11:30AM CT on March 17 in room 15 of the Austin Convention Center  , featuring speakers from Arts Council England, Jazz re:freshed, and the prolific jazz development agency Tomorrow’s Warriors. The panel discussion will explore  the challenges, opportunities and interventions in UK Jazz for Black British jazz musicians and organizations over the past 10 years. More details here: https://schedule.sxsw.com/2022/events/PP114964
As well as the showcase and the panel, whilst at SXSW, Jazz re:freshed will be launching another two platforms to add to their impressive arsenal: the first iteration of The Dope Jazz smartphone app plus a brand new exclusive podcast series.  The Dope Jazz app will be a content hub, where all things Jazz re:freshed and beyond can be watched, listened to and experienced. The app will present videos, photos, artwork, music, mixes, news and more, not to mention first access to the new podcast series produced by Jazz re:freshed and friends.
**SHOWCASE RUNNING ORDER
8:00 – 8:40pm CT  // Brown Penny
9:00 – 9:40pm // Jas Kayser
10:00 – 10:40pm // Cherise
11:00 – 11:40pm // Daniel Casimir
12:00 – 12:40pm // Colectiva
01:00 – 02:00am // Jazz re:freshed DJs
Adam Moses, founder of Jazz re:freshed says of this showcase, “Our SXSW showcase has quickly become an important part of the UK jazz landscape and although there have been many challenges to overcome, we are thrilled to be heading back out to Austin (in person) this year with another selection of amazing bands.”
Crispin Parry, founder of British Underground says, “Since 2017 Jazz re:freshed have curated showcases of the very best emerging jazz talent at SXSW and some of the biggest stars of the scene have made their first impact in Austin before anywhere else.  British Underground have been producing UK showcases for 20 years  and the best have been at SXSW with jazz re:freshed.  This year’s line-up is already looking like a classic. “ Courtesy of Daniel Casimir
Award winning bassist and composer Daniel Casimir has become a regular fixture within the UK jazzscene providing his heavy weight upright sound for the likes of Nubya Garcia, Ashley Henry, Camilla George and Binker Golding to name a few. A 2021 Jazz FM Instrumentalist of the Year  award winner and 2016’s Worshipful Company Young Jazz Musicians award Award Winner, Casimir has just released his debut solo album Boxed In, an exploration of Black British culture and a critique of the ways in which genre and stereotypes limit expression and freedom. LISTEN to his single “Safe, Pt. 1” featuring Moses Boyd, Nubya Garcia and more.
More Information Here 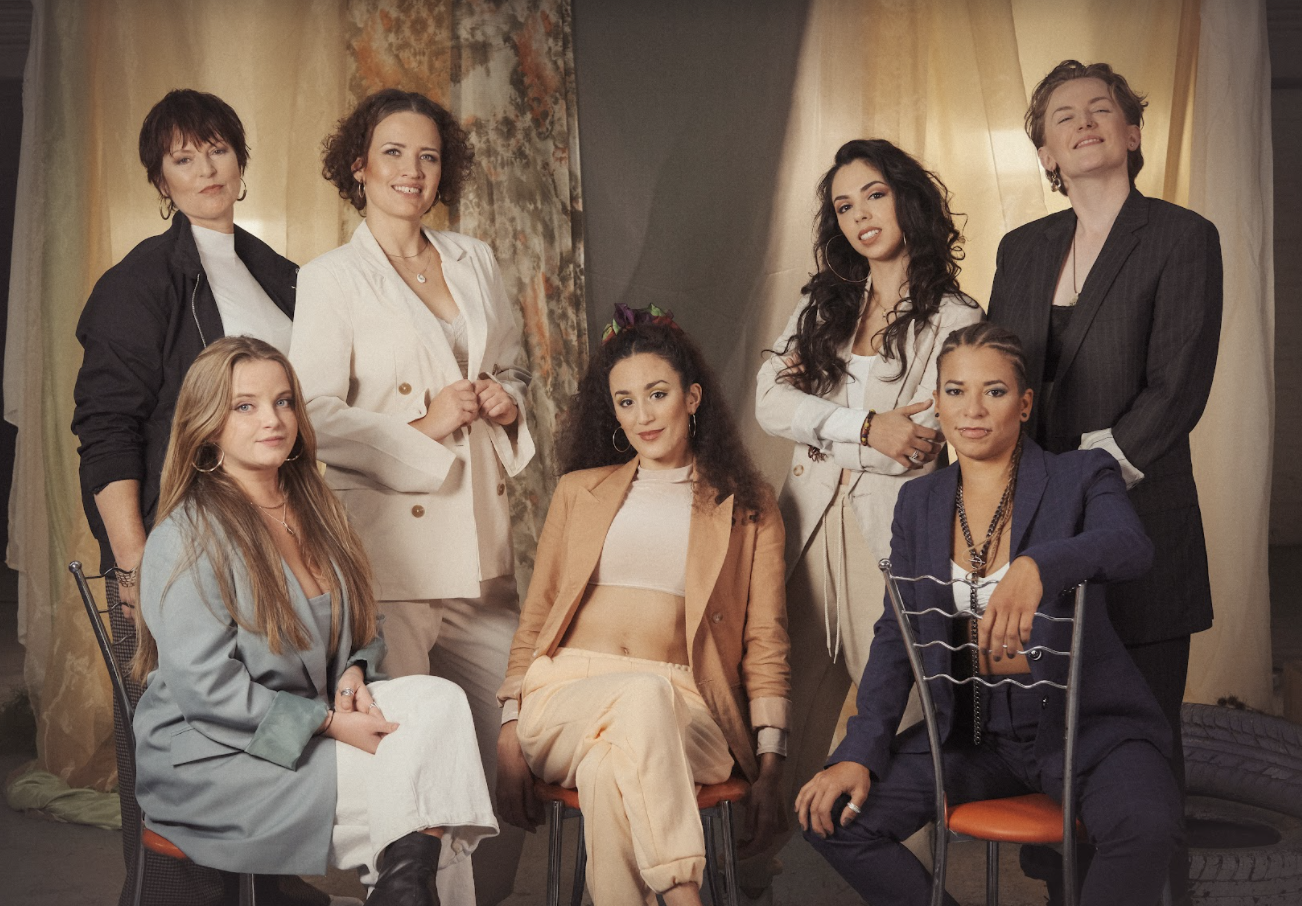 Courtesy of Colectiva
Established in 2019 and gearing up to release their debut album this year, Colectiva is an all-female, anti-hierarchical collective that explores the spaces between Afro-Latin music and Jazz, while reflecting on themes of sisterhood and female empowerment. Together, they have birthed a sound affectionately dubbed jazz tropicaliente (hot-tropical-jazz), rich in bold horn lines, jazz harmony and Afro-Latin groove. Their debut album How Do You Like Your Ladies is due out in 2022. Their first single of the same name will be released on March 17.
LISTEN to their debut single “Under The”
More Information Here 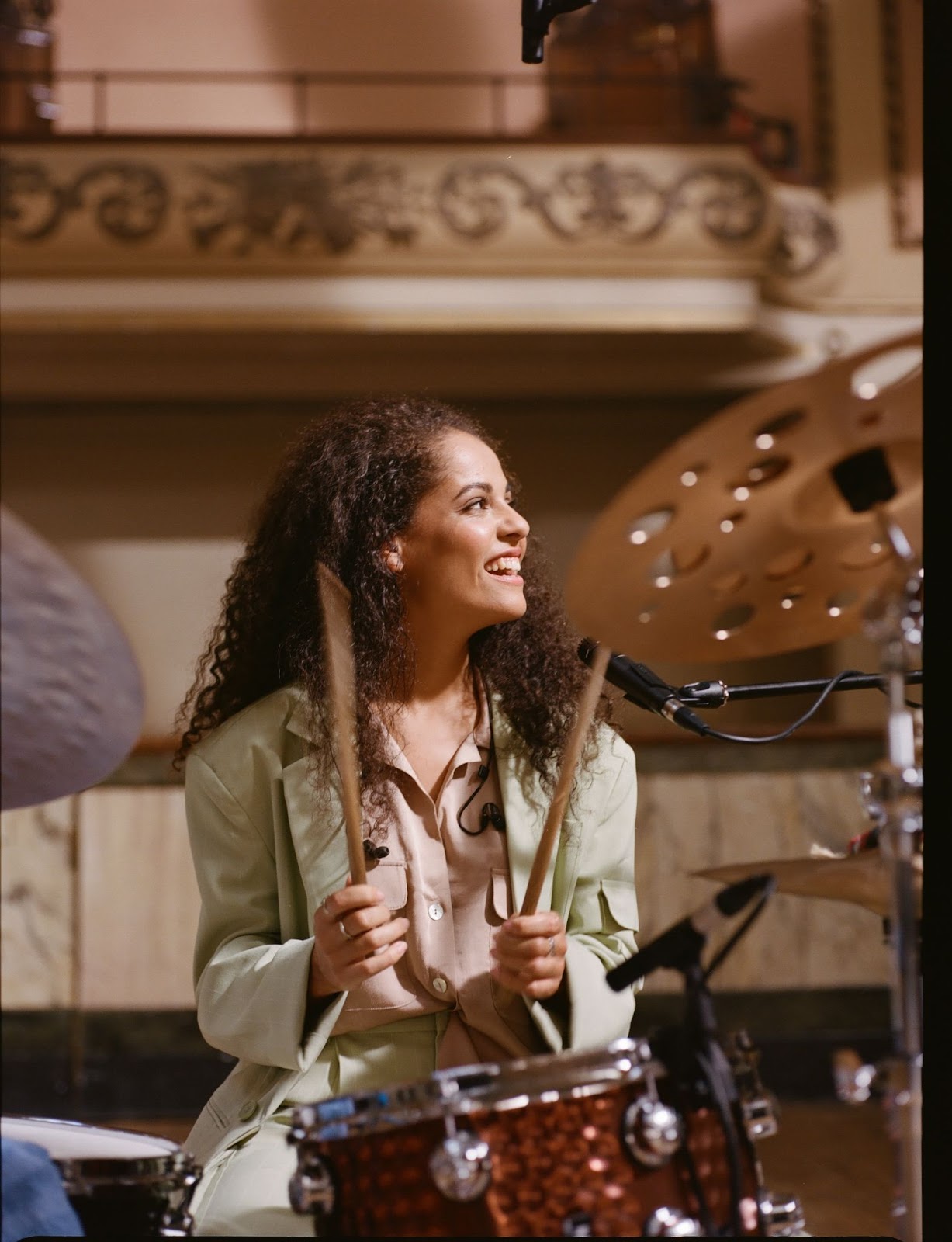 Courtesy of Jas Kayser
Winner of Jazz FM’s Breakthrough Act of 2021 and Parliamentary Jazz New Comer of 2021, drummer Jas Kayser is carving out a niche of her own, forging her own path but constantly collaborating with some of the best on the scene. In addition to her own project, ‘Jas and Chums,’ Kayser is the drummer for Jorja Smith, Alfa Mist and Poppy Ajudha, and has performed with the likes of Lenny Kravitz, Terri Lyne Carrington, Ralph Peterson, Nubya Garcia and more. LISTEN to her single “Fela’s Words”
More Information Here 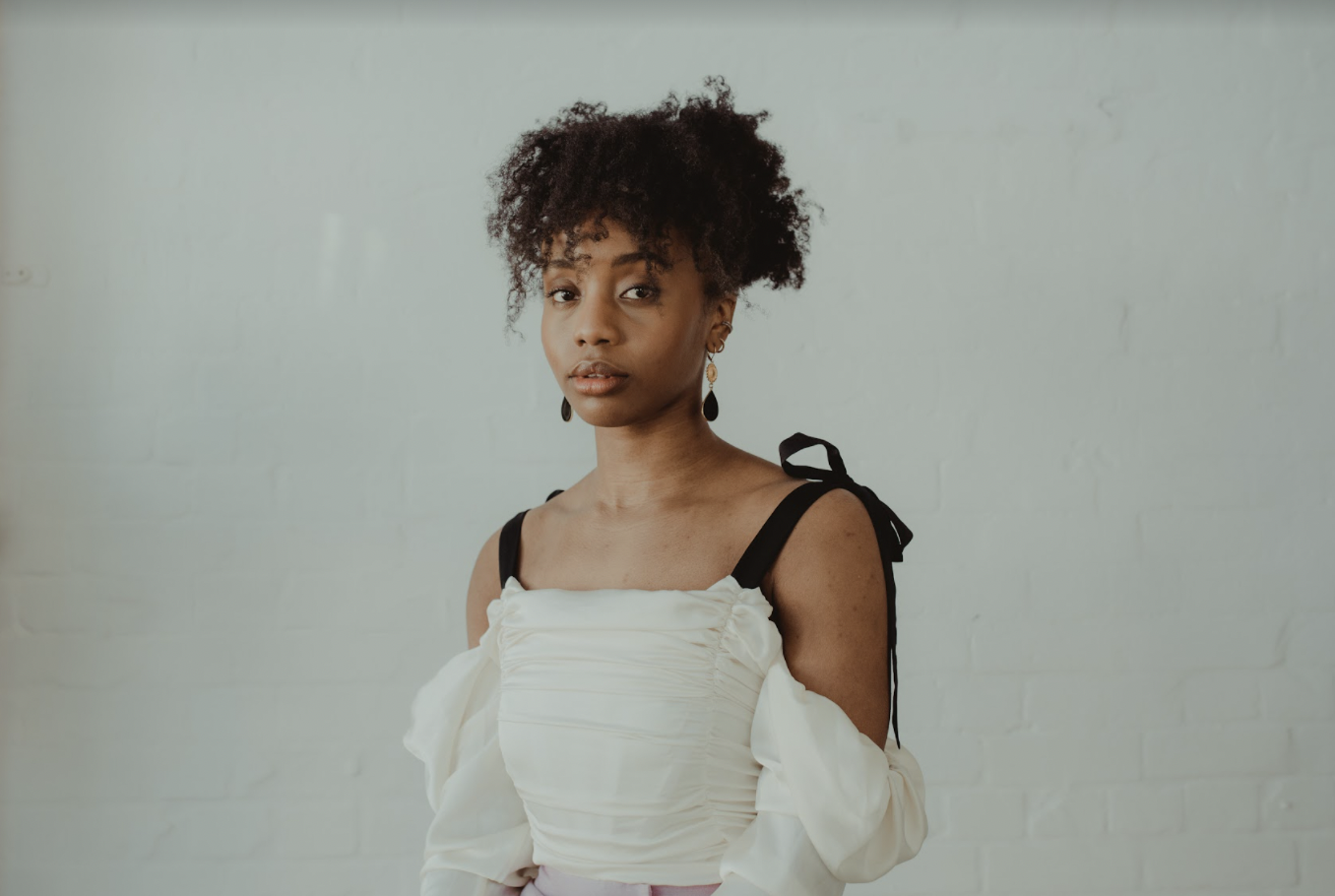 Courtesy of CHERISE
Multi-faceted jazz vocalist CHERISE is a fast-rising star, already having collaborated with the likes of Gregory Porter and Corinne Bailey Rae and graced iconic stages like Kennedy Center and Royal Albert Hall. An alumni of Tomorrow’s Warriors (Nubya Garcia, Ezra Collective), the Jazz FM Vocalist of the Year 2020 last year released her second EP “Remedy.”
LISTEN to her single “Remedy”
More Information Here
ABOUT JAZZ RE:FRESHED
Award winning not for profit Jazz re:freshed is a small but relentlessly determined organization. The core of our mission is to globally elevate, amplify and spotlight the breadth of expression in UK Jazz, cultivating diverse audiences, while breaking down the boundaries for culturally, gender and age diverse musicians to build sustainable careers.
Revered as tastemakers, our small not for profit record label has seen success in supporting the launch of Ashley Henry, Richard Spaven, Mercury prize nominated Seed and Nubya Garcia’s recording careers.
2020 saw Jazz re:freshed receive the Jazz FM Award for Innovation and also the Best Independent Record Label moniker at the 2020 Association of Independent Music Awards.  In 2019, Cassie Kinoshi’s Seed debut release Driftglass was shortlisted as one of the albums of the year at the Mercury Prize.  In the same year we were recognised for Services to Music in the H100 Awards.
ABOUT BRITISH UNDERGROUND
BRITISH UNDERGROUND is a creative production company that produces showcases and strategic development projects in music and the arts that focus on international success.  We work with artists outside the mainstream who are selected to perform at industry facing showcases such as SXSW (Austin), Folk Alliance International (Kansas), SIM (Sao Paulo), Americanafest (Nashville) and WOMEX (Europe).  We are an Arts Council England NPO and support the PRSF International Showcase Fund helping artists attend and thrive at overseas events.
ABOUT ARTS COUNCIL ENGLAND
We champion, develop and invest in artistic and cultural experiences that enrich people’s lives. We support activities across the arts, museums and libraries – from theatre to digital art, reading to dance, music to literature, and crafts to collections. Between 2018 and 2022, we will invest £1.45 billion of public money from government and an estimated £860 million from the National Lottery to help create these experiences for as many people as possible across the country.
ABOUT INTERNATIONAL SHOWCASE FUND
We invest in the future of music by supporting talent development and new music across the UK; enabling songwriters and composers of all backgrounds to realise their potential and reach audiences across the world. Since March 2000 we have supported over 7,300 new music initiatives to the tune of over £41 million. We do this through open grant schemes which are available to musicians and organisations and partnership programmes which we lead in response to specific needs and gaps in funding.
Post Views: 70