Mark Hochman, Prop Store’s Poster Consultant, commented on the upcoming auction – “Prop Store’s most extensive and all-encompassing Horror Category to date whether you collect for the original Universal Monsters or the modern horror icons of Freddy, Jason or Michael Myers. Throw in one of the best Dracula posters Hammer ever printed in “Dracula Prince of Darkness” or the hand signed personal Production brochures of Christopher Lee then this Auction really has something for all horror fans and collectors.” 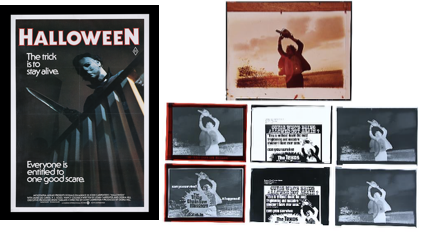 Items to be sold at Prop Store’s Cinema Poster Live Auction will include:

The auction is taking place on Thursday 22nd April 2021 and will be live streamed online for fans to track the action and participate in bidding themselves. Auction lots can be viewed by appointment only at Prop Store’s office facility in Hertfordshire, UK, please email [email protected] for more details.

Registration and online proxy bids are now open at https://ukm.propstoreauction.com/m/view-auctions/info/id/276