Darth Vader costume, Stormtrooper Helmet, lightsabers and more from the Star Wars films to go under the hammer in upcoming Los Angeles auction

Brandon Alinger, Prop Store COO, commented on the upcoming auction – “Prop Store is known for focusing on the 1970s and 1980s with our memorabilia auctions, and we’re thrilled to continue our tradition of offering quality Star Wars lots with the original 1977 touring Darth Vader costume in this auction. In addition to being worn at promotional events for the original movie, the helmet’s dome has the distinction of featuring on the Advance poster for The Empire Strikes Back. We’re also auctioning off an original Stormtrooper helmet, a Ewan McGregor Obi-Wan Kenobi lightsaber handle, and much more. Prop Store is thrilled to be offering such wonderful pieces of the Star Wars universe to fans, together with over 850 props and costumes at Prop Store’s Entertainment Memorabilia Live Auction on 26th August 2020 and 27th August 2020.” 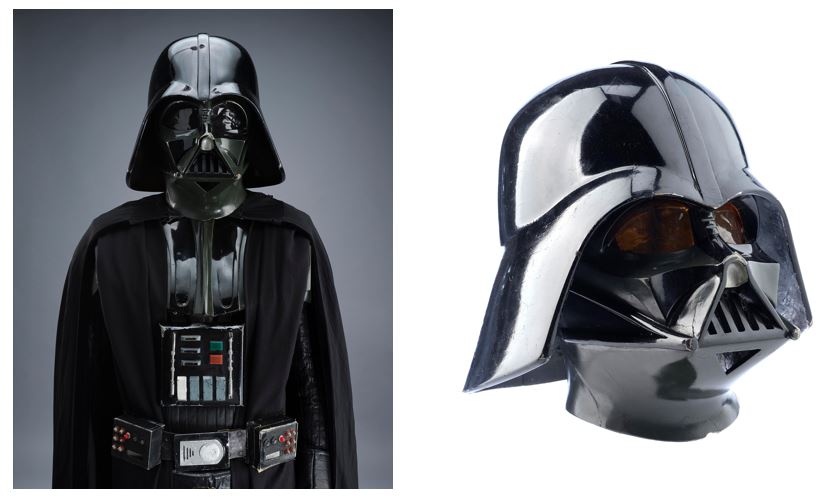 Notable items to be sold at the Prop Store auction (with estimated sale prices) include:

The auction will be live-streamed online for fans to track the bidding on auction day. Registration is now open at www.propstore.com/liveauction. Online proxy bids can now be submitted.

In person bidding is subject to any applicable restrictions imposed by Los Angeles County Department of Health on auction dates.

Prop Store sells original movie props and costumes and related memorabilia, regularly hosting live and online prop and costume auctions. Operating since 1998, Prop Store founder Stephen Lane’s love for movies led him to begin hunting for the same props and costumes that were used to create his favorite films. He found that he could not only provide collectors with access to their most coveted pieces, but also establish archival standards for a new, pop-culture hybrid of fine art and memorabilia collecting – prop art. Prop Store handles prop disposal, sale, archive and auction services to production companies and distributors as well as fixed price item sale on its website, www.propstore.com.