Stuttgart, September 24th 2020. Strictly Limited Games and TAITO are pleased to announce Darius Cozmic Revelation, which will include G-DARIUS HD and DARIUSBURST Another Chronicle EX+. Darius Cozmic Revelation will be released physically on Nintendo Switch and Sony PlayStation 4 for the West as a Limited and Collector’s Edition. Pre-order starts on September 27th 2020 only at www.strictlylimitedgames.com. 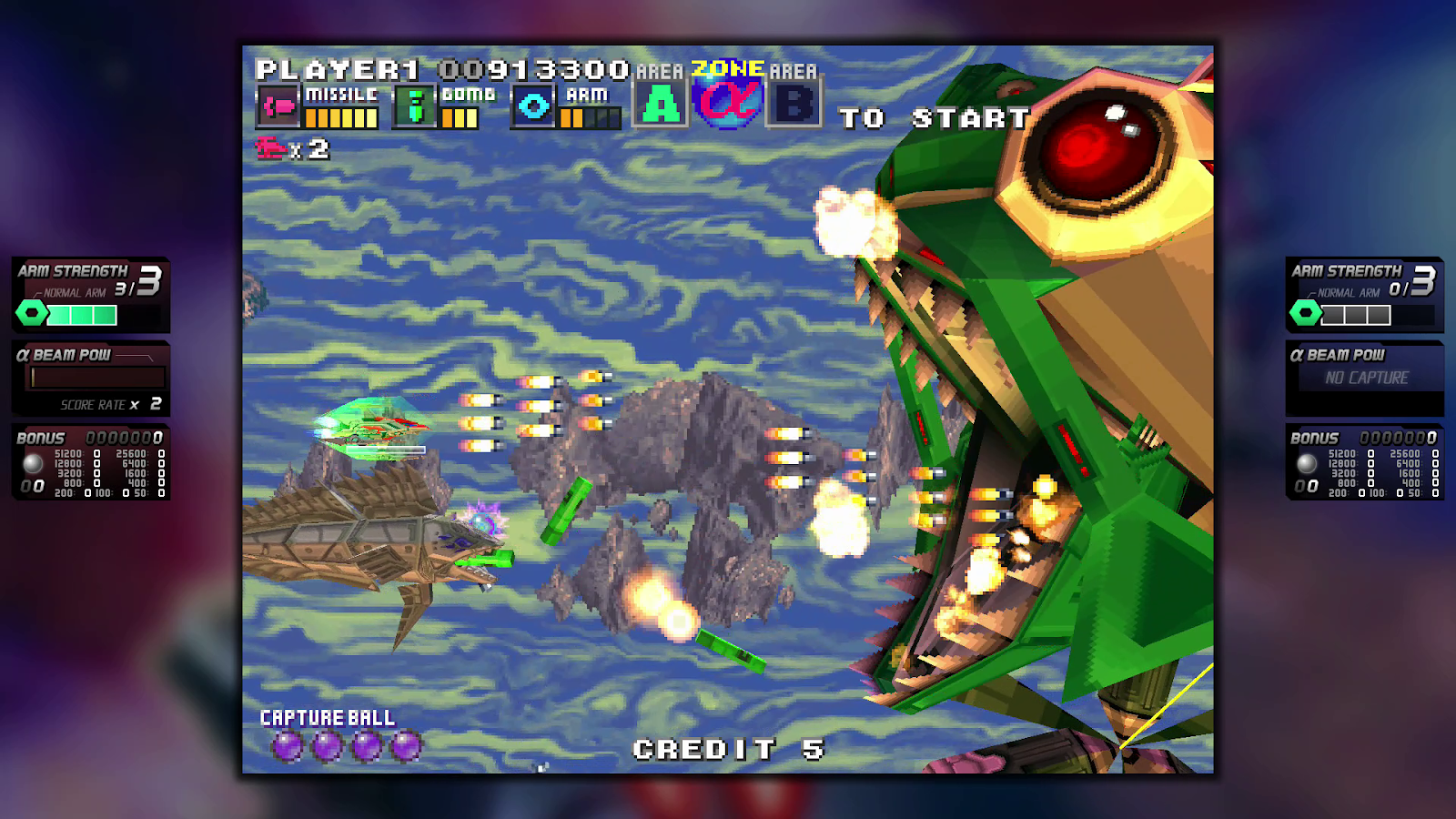 G-DARIUS HD and DARIUSBURST Another Chronicle EX+ are the two 3D games of the Darius series, both of which will include updated features to appeal to newcomers and longtime fans of the series alike.

G-DARIUS HD is the port of “G DARIUS” in high resolution – developed by the emulation specialists at M2. The game can also be played in low resolution like in the original arcade version.

From the epic boss battles to the memorable soundtrack, G-DARIUS stood out when it first got released in the arcades and up to these days, critics and fans are praising this game as a prime example of how to bring a 2D game series properly to 3D.

DARIUSBURST Another Chronicle EX+ is the latest iteration of the awesome DARIUSBURST series which started in 2009 on PSP, with gorgeous 3D graphics and additional features to expand the arcade version from 2010. The game is developed by Pyramid and will include all features of the arcade version of “Another Chronicle EX”, as well as several new elements that will be revealed during the next weeks. 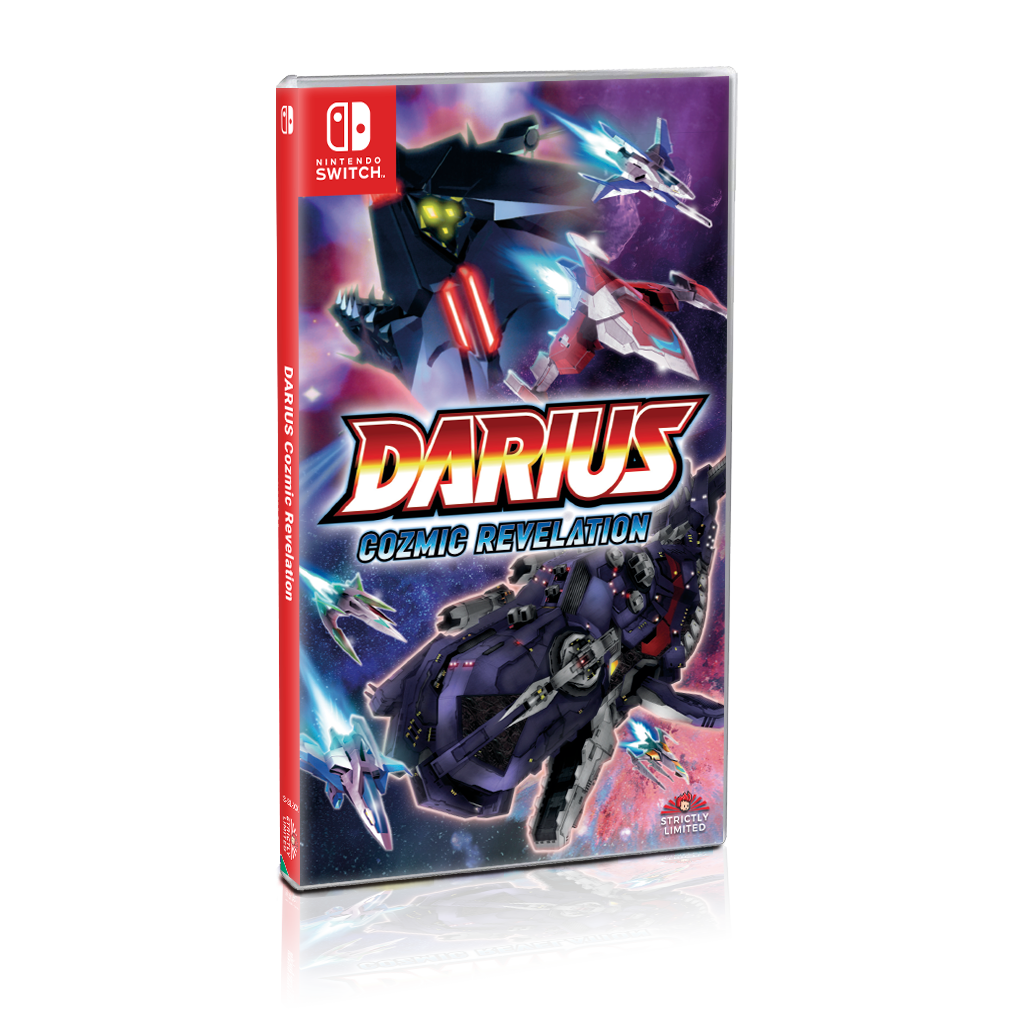 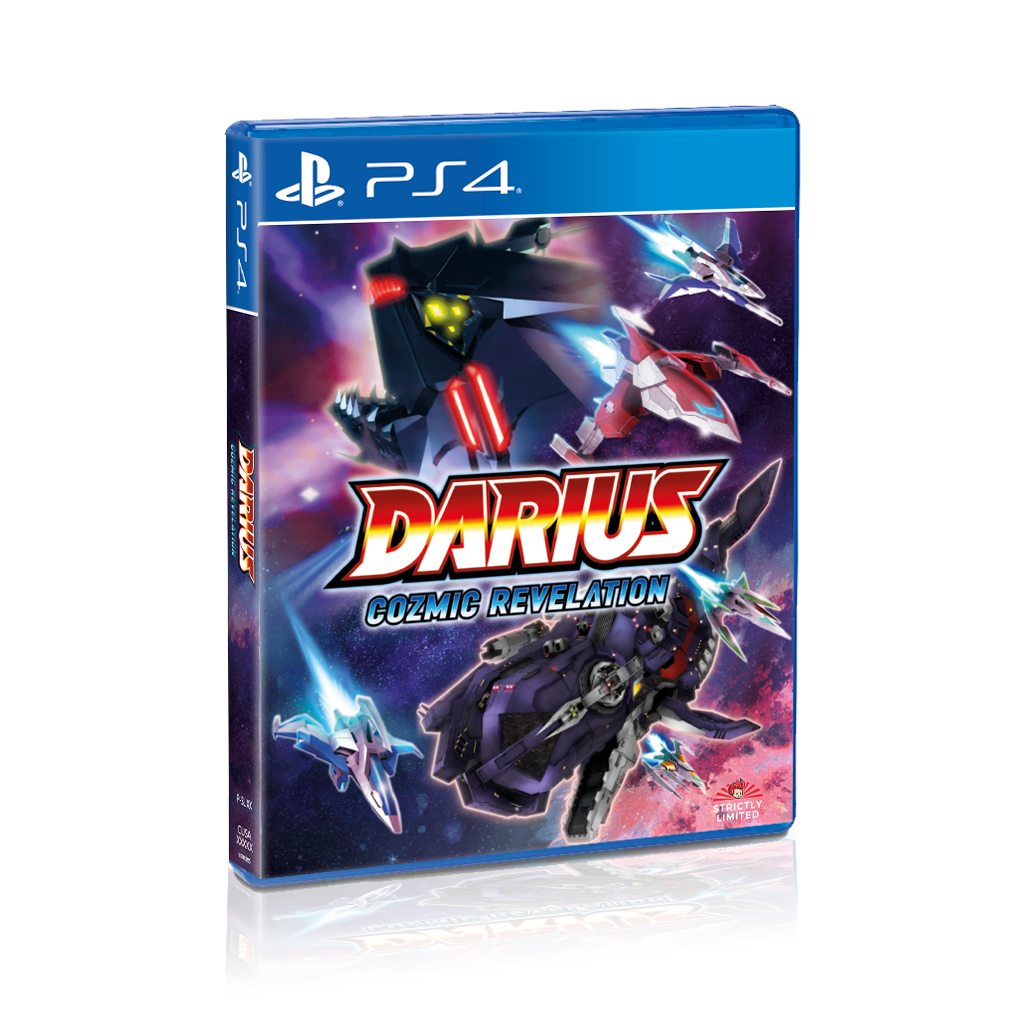 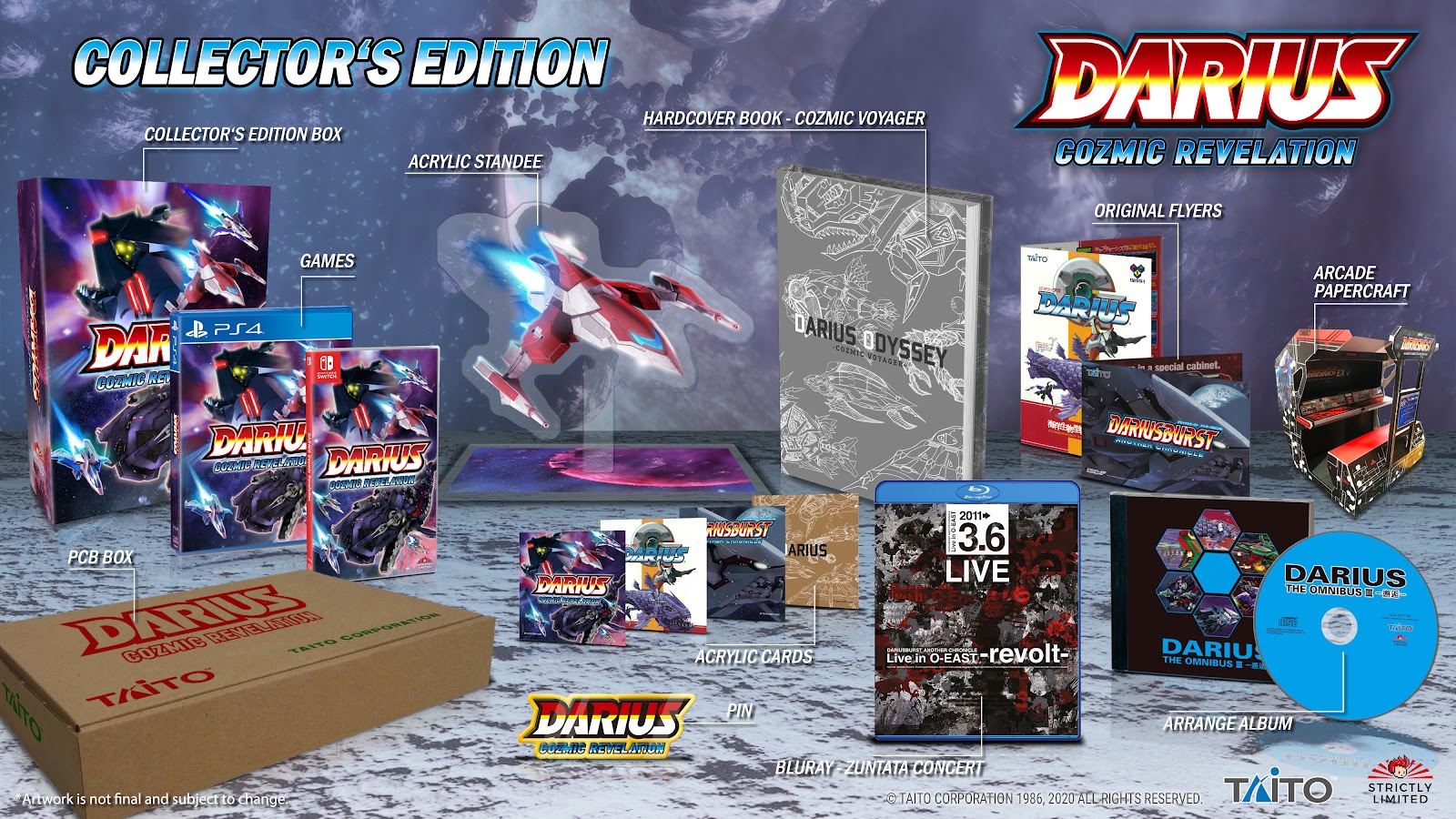 Darius Cozmic Revelation Collector’s Edition is priced at 139,99€ and features a lot of great and exclusive items:

About TAITO Corporation
TAITO Corporation (TAITO) is a wholly-owned subsidiary of Square Enix Holdings Co., Ltd. With headquarters in Tokyo, Japan, TAITO operates core businesses such as game arcade operations, manufacturing coin-operated game machines, and mobile phone content services. A seminal part of gaming history, TAITO caused a worldwide sensation with its arcade legend, SPACE INVADERS, and developed such fan favorites as PUZZLE BOBBLE (BUST-A-MOVE) and ARKANOID. Today, TAITO continues to thrill game lovers of all generations by offering both classic and new family-oriented titles on the latest gaming platforms. TAITO delivers a wide range of entertainment experiences with the goal of providing consumers with fresh surprises and new discoveries.
More information on TAITO can be found on the Internet at https://www.taito.co.jp/en.

Strictly Limited Games is a German publisher based near Stuttgart, specialized in releasing a curated selection of digital download-only games in exclusive collectable physical editions for PlayStation 4, PlayStation Vita and Nintendo Switch. The company was founded in 2017 by Dennis Mendel, a former scholar for game studies and advisor at Fraunhofer Institute, and Benedict Braitsch. Both passionate collectors with a combined collection of over 7.000 digital and physical games for all console generations, their intention is to form an opposite pole to the current trend of digital-only releases. All collectors’ editions are available exclusively at Strictly Limited Games online store www.strictlylimitedgames.com