Milan, Italy – 27th April, 2021. Avast ye landlubbers! Following the recent news that the pirate themed action RPG game King of Seas will be launching on 25th May, developers 3DClouds and global independent games label Team17, are thrilled to announce that pre-orders for the Nintendo Switch™ (via the Nintendo eShop EU and US ) and Xbox One (via the Microsoft Store) versions will be going live today. Nintendo and Xbox fans will also be able to try out King of Seas for themselves by downloading the brand new Nintendo Switch and Xbox One demos, available today from the Nintendo eShop and Xbox Store.

This action-packed seafaring adventure will be setting sail on 25th May for PlayStation 4, Xbox One, PC, and Nintendo Switch. Along with the Nintendo Switch and Xbox One demos, PC players can also go head-to-head with fearsome pirates by downloading the demo via the Steam page. 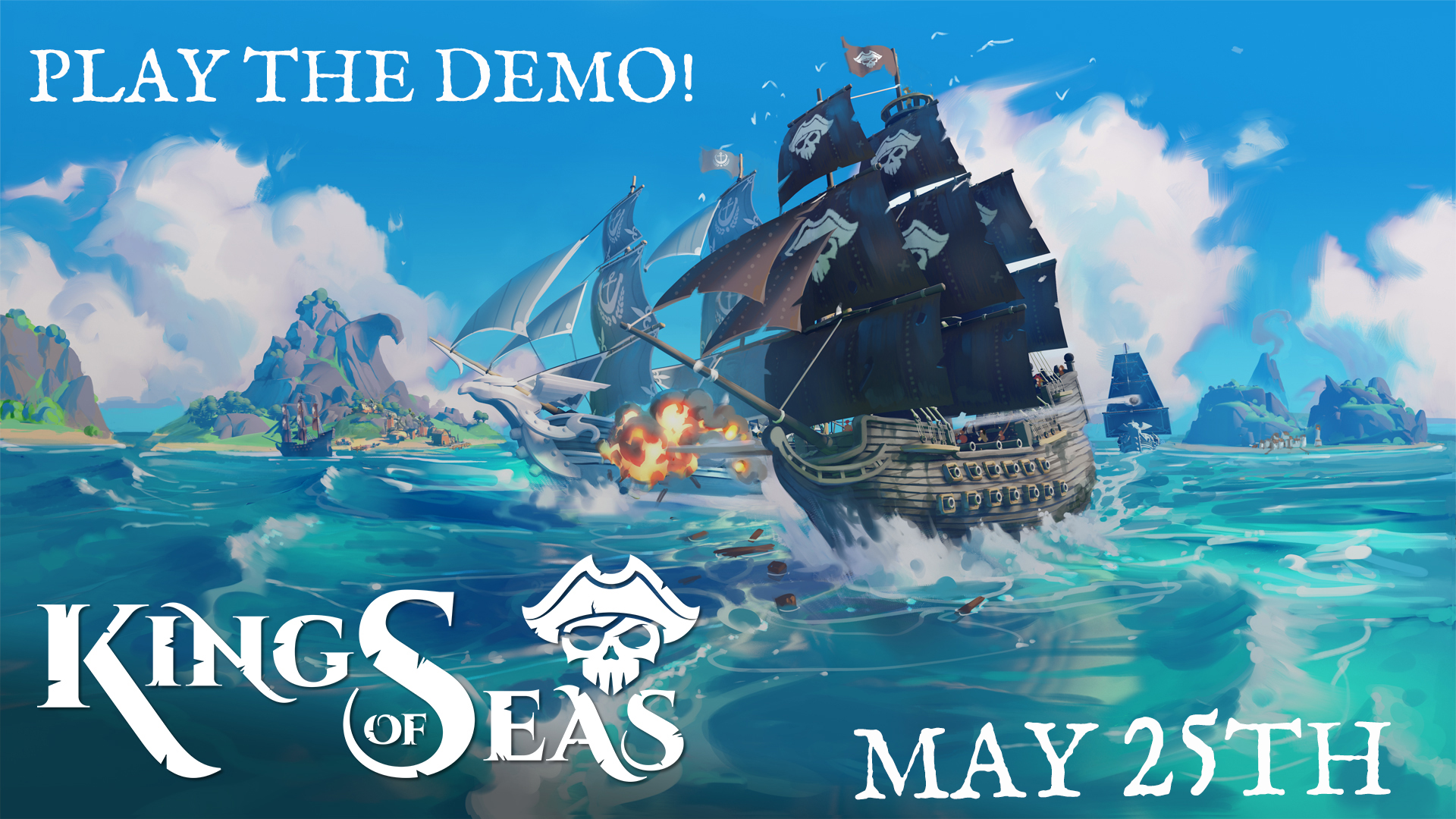 In case you missed it, you can check out the recently released date announcement trailer.

About King of Seas

King of Seas is an action role-playing game set in a deadly procedurally generated pirate world. In a ferocious plot, you will fight to regain what has been taken away and embark on an epic adventure in a fantastic world, filled with battles, lost islands and treasures. A universe full of amazing characters and breathtaking missions will keep you anchored as you strive to become the king of all pirates.

King of Seas will be available on 25th May, 2021 for Windows PC via Steam, PlayStation 4, Xbox One and Nintendo Switch. Fans can wishlist the PC version on the official King of Seas Steam page. The Nintendo Switch demo and pre-order is available from the Nintendo eShop.  The Xbox One demo and pre-order is available from the Microsoft Store. PlayStation 4 pre-orders will be available shortly. For all the latest information please visit the official website here or follow on social media Facebook, Twitter, Instagram, Discord and YouTube.

*Nintendo Switch and Xbox Demo available in English and Italian

3DClouds is a graphic studio creating multimedia productions in Computer Graphics and MultiService 3D. For some years 3DClouds has specialized in creating video games thanks to a team of veterans of the sector, with experience in Microsoft, Milestone and Ubisoft, and a team of young and enthusiastic talents. 3DClouds debut videogame All-Star Fruit Racing released in 2018 was a kart racer available on PC, PlayStation 4, Xbox One and Switch. The following year 2019 turned out to be a very big year for 3DClouds with three separate titles released. Xenon Racer our second game was released in the spring showcasing another example of design innovation within the racing video games genre. In November “Race With Ryan” a second kart racing game was released which we developed for the most famous youtuber channel in the world, Ryan’s Toy Reviews. Closing out on a busy 2019 we also released CARRUMBLE, a completely new take on the brawler genre.

Founded in 1990, Team17 Group plc is a leading developer, video games label, and creative partner for developers around the world. Floated on AIM in 2018, Team17, with its extensive portfolio of over 100 titles, embodies the spirit of independent games. In addition to the award-winning Overcooked!, Yoku’s Island Express, and the iconic Worms, which celebrated its 25th anniversary in 2020, Team17 has helped bring critically acclaimed titles including Hell Let Loose, Moving Out, Golf With Your Friends, Yooka-Laylee and the Impossible Lair, Blasphemous, and The Escapists to gamers everywhere. Visit www.team17.com for more info.

Nintendo Switch is a trademark of Nintendo.