LOS ANGELES – August 5, 2021 | PM Studios is excited to announce Squish, a spoopy, colorful, and fast-paced online and local party game developed by Grave Rave Games where you and up to three gooey friends rave it up in an underground crypt as it collapses down. In Squish, players must push blocks, dodge incoming hazards from all directions, and jump to survive the grave rave gone awry. Squish your opponents while avoiding the dangers that come your way. Last Skelegoo standing takes it all! You can check the game out on Steam right here.

Squish plans on releasing in early 2022 on PC and Nintendo Switch with community playtesting happening throughout development. Speaking of playtesting… you can sign up for the beta right here, right now: Squish – Beta Sign-Up Form (google.com)

While Squish is currently planned for release in early 2022, look for this colorful party game at this year’s PlayNYC event August 7-8, 2021 at the Metropolitan Pavilion in New York City.

○    Whether you’re looking to squish other players directly or trying to survive until the end while partying on the sides, there are many ways to rave it up.

●     Partying is easy, but surviving a collapsing underground rave is hard!

○     Squish is easy to learn, but hard to master! There are only a few controls to pick up before you can push blocks and dodge threats that come your way. Mastering the controls and knowing exactly how to manipulate the terrain to survive, however, is another story. 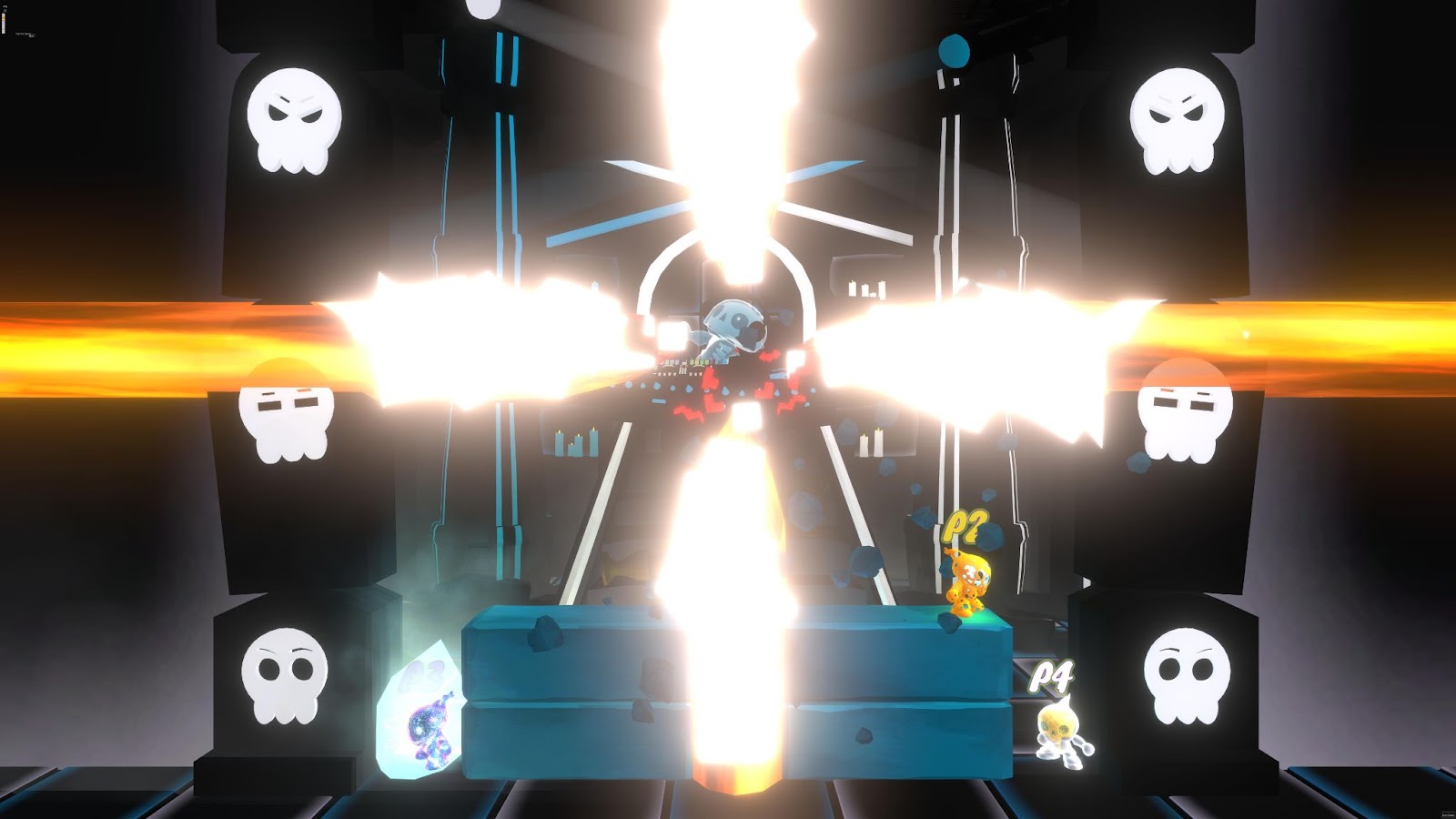 ●     5 Different Game Modes for Whatever Jiggles Your Jelly

○     Not feeling a certain type of party today? Not a problem! We have 5 different types of game modes to pick and choose from so you can party however you want: Classic, Crystal Caves, Space Rave, Person Of Interest, Single Player Mode

○     Skelegoos are multifaceted, and so are you. That’s why we have a bunch of different hats and skins so you can find the perfect combination just for you and your goo.

○     No rave? No problem! DJ Goo is the hottest up-and-coming artist of 2022. Jam out in this underground rave setting as DJ Goo drops the best head boppin’ tracks you’ve ever heard. Who knew the undead could party so hard!

Founded in 2008 and based in Los Angeles, California and Seoul Korea, PM Studios, Inc. is an independent developer and publisher of interactive entertainment and mobile applications. More information about PM Studios and its products can be found at www.pm-studios.com.

Grave Rave Games is an indie game developer studio that puts the party in games. Come check us out at www.play-squish.com to find out how you can join the party!