Stuttgart, Germany – 26th November 2020 – Strictly Limited Games is excited to announce a triple pre-order start for the upcoming weekend that commemorates the 3rd anniversary of the company. Preorders for the much anticipated Clockwork Aquario, Last Labyrinth and Gryphon Knight Epic: Definitive Edition start on November 29th only at www.strictlylimitedgames.com.

Given the occasion co-founder Dennis Mendel talks about these special anniversary titles and what the future will hold for Strictly Limited Games: https://youtu.be/OD5mSyN_sVM 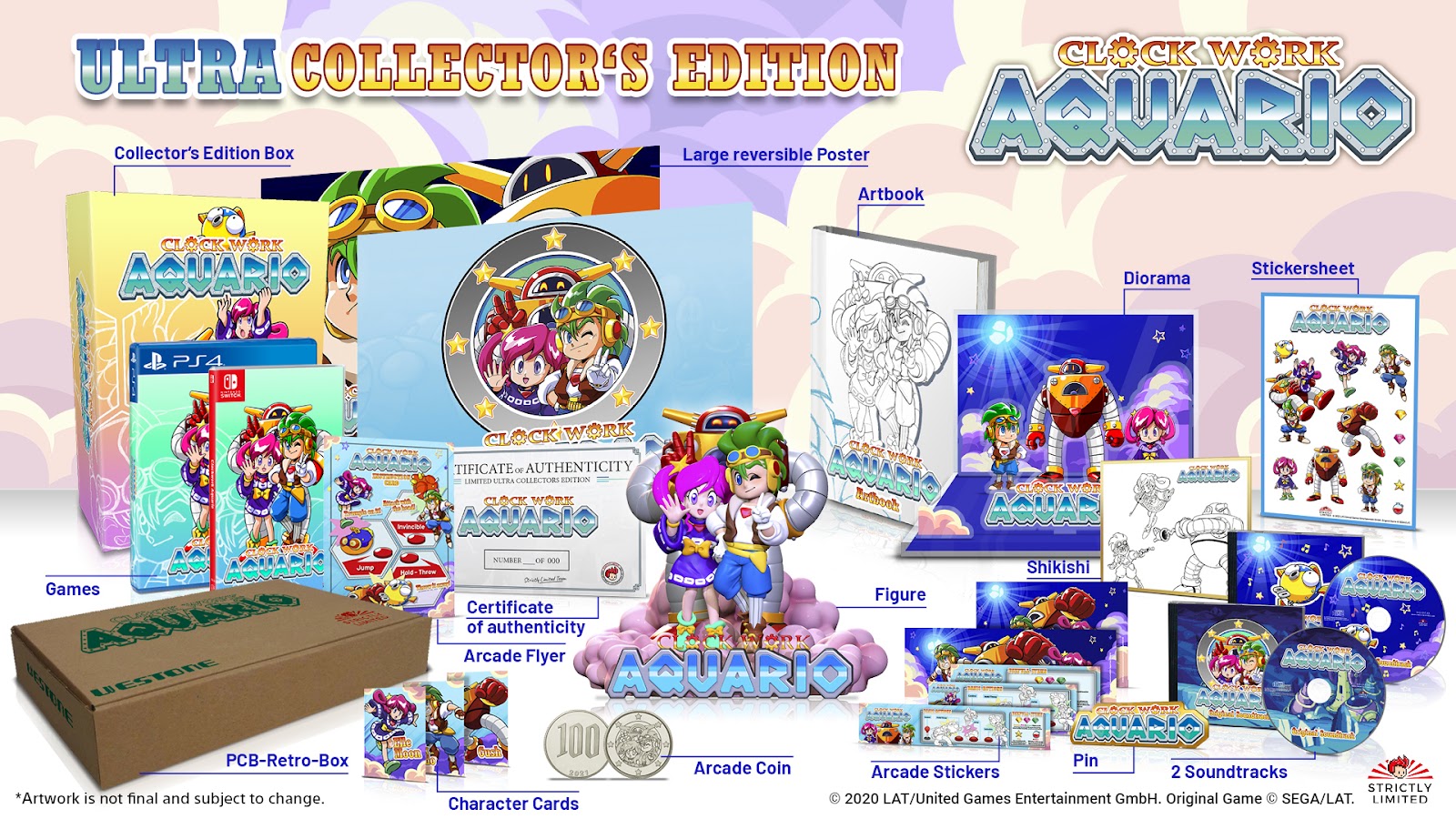 Clockwork Aquario was the last arcade game ever developed by the legendary Westone Bit Entertainment in 1992, but was never finished. The game was thought to be lost in time, but Strictly Limited Games set out on the mission to dig deep into video game archeology and save Clockwork Aquario from being lost in time. 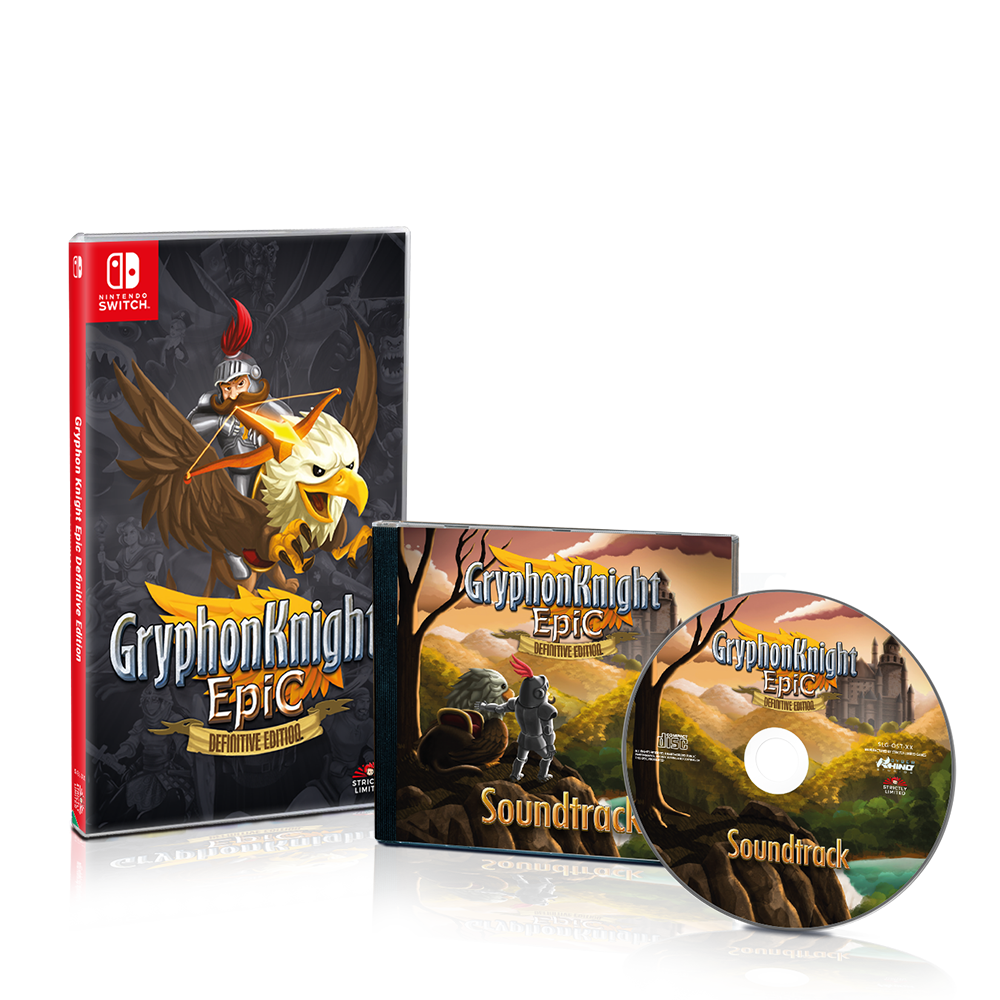 Gryphon Knight Epic: Definitive Edition tells the story of an accomplished knight and his loyal gryphon in an action-packed 2D Shoot ‘Em Up with epic boss fights in a medieval world.

Discover what is happening in the kingdom through 9 different stages, fight in epic duels against challenging bosses to earn their weapons and find equipment to grow stronger, all the while learning progressively about the ancient lore of the realm… Everything packed in a beautiful modern take on pixel art graphics! 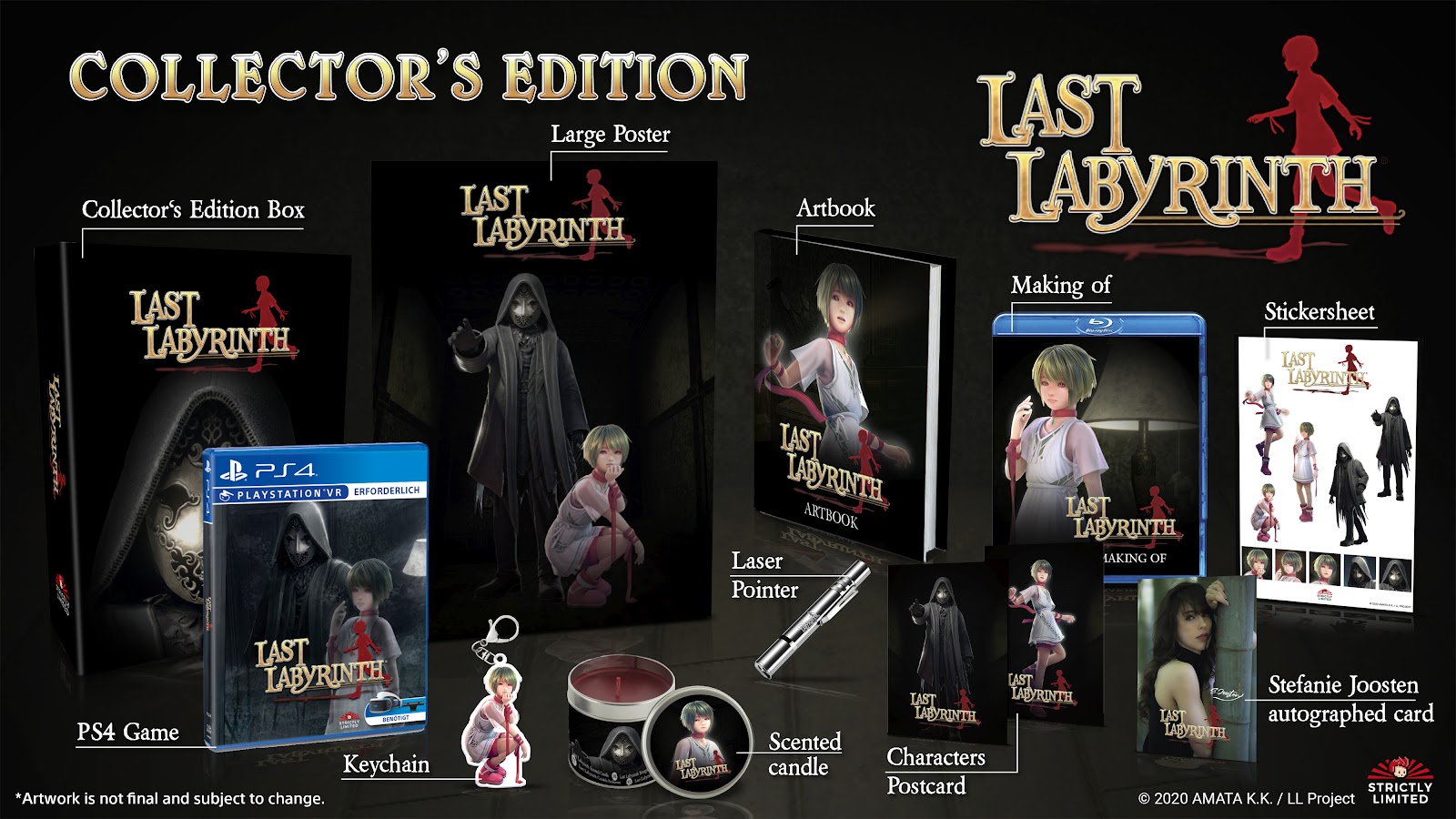 Last Labyrinth is the first VR title in the history of Strictly Limited Games – an escape adventure game on PlayStation4. Last Labyrinth has been highly acclaimed and won multiple awards.

You are vulnerable and tied up. With your arms and hands bound and immobilised in a wheelchair, you are at the mercy and reliance of Katia, a mysterious girl. She is your only way to escape from the mansion in an intensive and inventive series of escape room puzzles. The ever increasing complexity of riddles, and their diversity, must be solved in order to escape.

With Wonder Boy, Westone created one of the most popular video game series of all time. It became synonymous with SEGA, until SEGA created their own mascot character with the infamous Sonic the Hedgehog in the early 1990s.

Founded in Tokyo in 2008, Amata K.K. has helped develop smartphone titles for a wide variety of world-renowned Japanese game companies over the years. With many staff having over 20 years of game industry experience, Amata has become a trusted one-stop shop for planning, developing and operating games across a variety of platforms. While keeping the focus on game development, Amata has also begun to expand into VR, video, media and other forms of entertainment.

Amata is a member of the Last Labyrinth Production Committee [LL Project], which released the digital version of Last Labyrinth on November 13th 2019.

Rhinos are tenacious guys, you know… and to be worthy of our name, so are we! Cyber Rhino Studios is an independent game developer company situated in Florianópolis, Brazil, fruit of years in the industry and much perseverance. Our goal is simple yet challenging: to make games the way we love so that gamers like us can love them. Our focus is in making fun, challenging games modeled by old times standards. Now that we have the chance to make our dream projects come true… we want to share them out loud with everyone!