Bubble Bobble 4 Friends: The Baron is Back! – PlayStation 4/Switch

Stuttgart, Germany – August 27th 2020 – TAITO, together with ININ Games, is pleased to announce more news on two iconic titles; Space Invaders Forever and Bubble Bubble 4 Friends: The Baron is Back!, which will both be released later in the year.

Space Invaders Forever will be released as boxed editions as well as digitally on the Nintendo eShop and PlayStation Store in North America, Europe, Australia and New Zealand by ININ Games.

Lighting the fuse for a gaming revolution.

Space Invaders is surely one of the most famous video games of all time and was the launching pad for the video gaming revolution. The game mechanics and its design make it a game that encompasses all the very best. 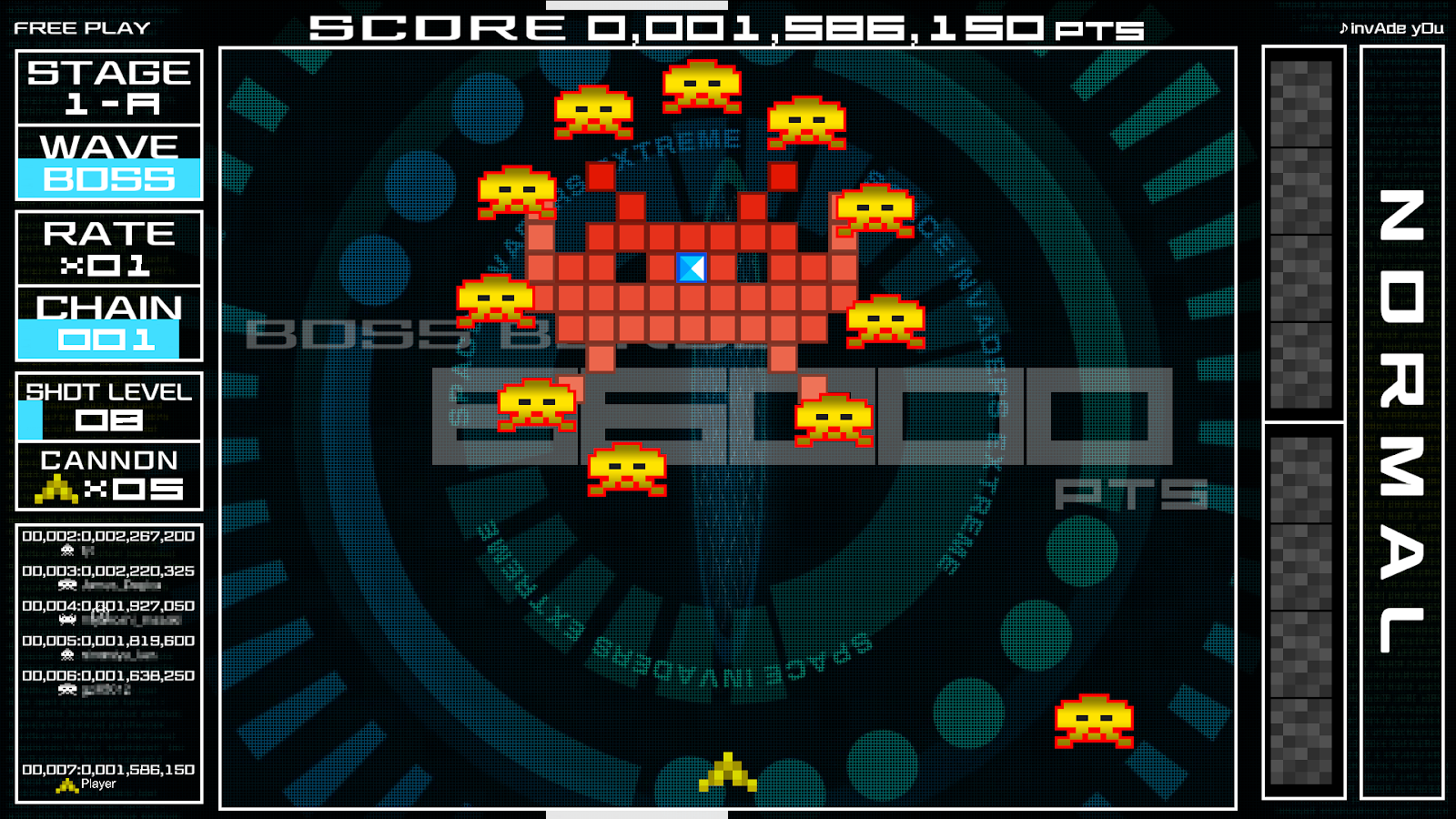 The following games are part of the Space Invader Forever Collection:

Can you find all the countless, hidden bonuses?

Welcome to the new invasion!

Space Invaders Gigamax 4 SE will finally be available on consoles as part of the Forever Collection.

Team up with up to 3 friends to shoot down the invaders to clear the stages as fast as possible. This brand new 4-player-coop-experience offers new stages, gimmicks and new music written by TAITO’s in-house sound team ‘ZUNTATA’.

Arkanoid vs. Space Invaders is the perfect union of two Arcade Kings. Two of TAITO’s most iconic and beloved video game series clash on console and combine elements from both arcade classics. Players are controlling the Arkanoid Vaus paddle ship to defeat waves of Space Invaders.

Beat all 150 stages with your skills and unlock 40 different characters from the TAITO legacy. Each character has unique abilities – use more than 20 different skills, including power-ups and protective fire. Are you ready to defeat the huge 3D Invader bosses and save the galaxy? Bubble Bobble 4 Friends: The Baron is Back!
Playstation 4 – Nintendo Switch

TAITO together with ININ games, have exciting news for the PlayStation 4 and Nintendo Switch release of Bubble Bobble 4 Friends: The Baron is Back! later in the year. The game will be available digitally and in physical editions in America, Europe and Australia and New Zealand.

A newly included feature for Switch will be the much requested online ranking. This will allow players worldwide to compare their high scores and compete against each other, giving the game an additional boost on replayability and fun.

Bubble Bobble 4 Friends received a lot of praise from the critics and fans, with many requesting more content. TAITO and ININ Games listened. The Baron is Back comes with 100 unique, new stages: twice as many stages as before!

The brand new trailer shows the tons of fun that will be added.

The return of the fan-favourite villain, Baron von Blubba, brings additional thrills and makes the new stages quite challenging, given that he is invincible. The player has to dodge him while defeating the other enemies one by one to clear the stage.

Switch fans haven’t been forgotten and are in for a special treat. Nintendo Switch fans who purchased the current Bubble Bobble 4 Friends will be able to download the new content with all new stages and features for free.

Bubble Bobble 4 Friends is a single-screen platform action game released as a complete new addition to the legendary Bubble Bobble series, in which you control the bubble dragons Bub and Bob, clearing stages by blowing bubbles to trap enemies, then bursting them to defeat them. Players can acquire special skills by completing an area, and level them up by collecting letter bubbles that form the word “EXTEND”.  You can play together in multiplayer with up to four players. Also included is the original arcade version of Bubble Bobble.

TAITO Corporation (TAITO) is a wholly-owned subsidiary of Square Enix Holdings Co., Ltd. With headquarters in Tokyo, Japan, TAITO operates core businesses such as game arcade operations, coin-operated game machines, and mobile phone content services. A seminal part of gaming history, TAITO caused a worldwide sensation with its arcade legend, SPACE INVADERS, and developed such fan favorites as PUZZLE BOBBLE (BUST-A-MOVE) and ARKANOID. Today, TAITO continues to thrill game lovers of all generations by offering both classic and new family-oriented titles on the latest gaming platforms. TAITO delivers a wide range of entertainment experiences with the goal of providing consumers with fresh surprises and new discoveries. More information on TAITO can be found on the Internet at http://www.taito.com/

ININ Games focus on the digital and physical publishing of high-quality, feel-good retro and arcade games. ININ Games brings retro games to life and creates the classics of the future. They are best known for “CrossCode”, “Umihara Kawase BaZooKa!”, “Bubble Bobble 4 Friends”, “Slaps and Beans” and “The Ninja Saviors – Return of the Warriors”. Numerous other milestones of classic gaming culture are in the planning and will be announced in the coming months. ININ Games is part of United Games Entertainment GmbH. For more information visit http://www.inin.games