November 10th, Cologne – Headup and AMC announced today that Bridge Constructor: The Walking Dead, the mashup nobody saw coming and the latest instalment of the Bridge Constructor™ franchise, is planned for release on November 19th across all major systems, including the Xbox Series X, as well as PC, Mac, Linux, iOS, Android, PlayStation®4, Xbox One, and Nintendo Switch. A version for PS5 will follow soon after, cross-buy included!

In addition, Headup released a trailer featuring never-before-seen gameplay footage, which can be viewed here:

Join a group of survivors as they fight against hordes of undead walkers and a hostile human community. Build bridges and other constructions through bleak landscapes and ruined structures.

Team up with fan-favourite characters like Daryl, Michonne and Eugene, and create safe passage for iconic vehicles from the series. Use movable level objects, explosives and baits to your advantage as you lure walkers into lethal traps and guide your survivors to safety. Enjoy the physics-based frenzy and ragdoll animations as walkers succumb to the forces of gravity. 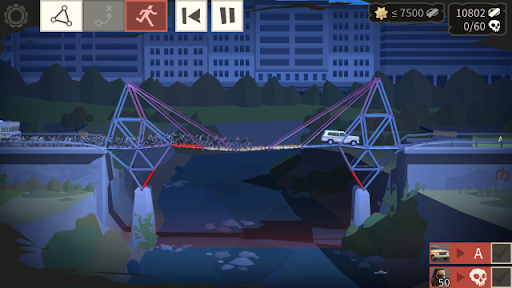 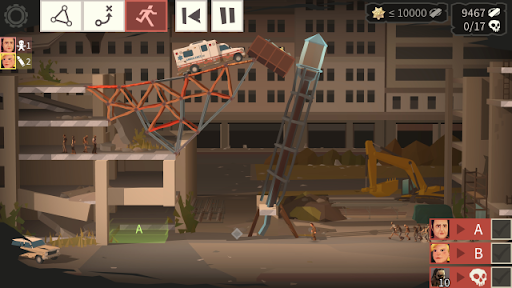 About Headup
Headup is a hybrid games publishing and development company providing players worldwide with the best content in the independent gaming sector. Established in 2009, it is active on all major platforms such as consoles, mobile devices and PC, and was awarded as “Best Publisher” at the German Developers Awards in 2012, 2013, 2017 and 2019. With over 80 million customers served on mobile and further several million players on the PC and consoles, Headup is always looking to raise awareness and commercial success for developers thinking outside the box. More information can be found at www.headupgames.com and twitter.com/headupgames.

About AMC
AMC is home to some of the most popular and acclaimed programs on television. AMC was the first basic cable network to ever win the Emmy® Award for Outstanding Drama Series with Mad Men in 2008, which then went on to win the coveted award four years in a row, before Breaking Bad won it in 2013 and 2014. The network’s series The Walking Dead is the highest-rated series in cable history. AMC’s current original drama series are Better Call Saul, Dispatches from Elsewhere, Fear the Walking Dead, NOS4A2, Quiz, Soulmates, The Walking Dead, The Walking Dead: World Beyond and the forthcoming series 61st Street, Kevin Can F Himself, Pantheon and National Anthem. AMC also explores authentic worlds and discussion with original shows like Talking Dead, AMC Visionaries and Ride with Norman Reedus. AMC is owned and operated by AMC Networks Inc. and its sister networks include IFC, SundanceTV, BBC America and WE tv. AMC is available across all platforms, including on-air, online, on-demand and mobile.

About ClockStone Software
ClockStone Software is an Austrian company specialized in game development across numerous platforms such as iOS, Android, PC, and Xbox One. Their many years of experience with the Unity 3D technology allows for state-of-the-art graphics as well as efficient product deployment to various mobile market places. Their product range is multifaceted – from action role-playing to simulation and puzzle games. ClockStone published their mobile game hit “Bridge Constructor” on Android in 2012 and have since developed several also very well received successors with their publishing partner Headup. Please find more information at www.clockstone.com.

Nintendo Switch is a trademark of Nintendo

All other trademarks are properties of their respective owners.