Welcome to the Class of 1.0

Philippines, November 26th, 2020 – Squeaky Wheel is excited to announce that Academia: School Simulator will officially graduate from Early Access to Version 1.0 in January 2021.

With over almost 100K players since Early Access in 2017, Academia: School Simulator has received a lot of updates, balancing patching and bug fixes. Thanks to the incredible feedback from the community, the game is now ready for it’s official release in January. 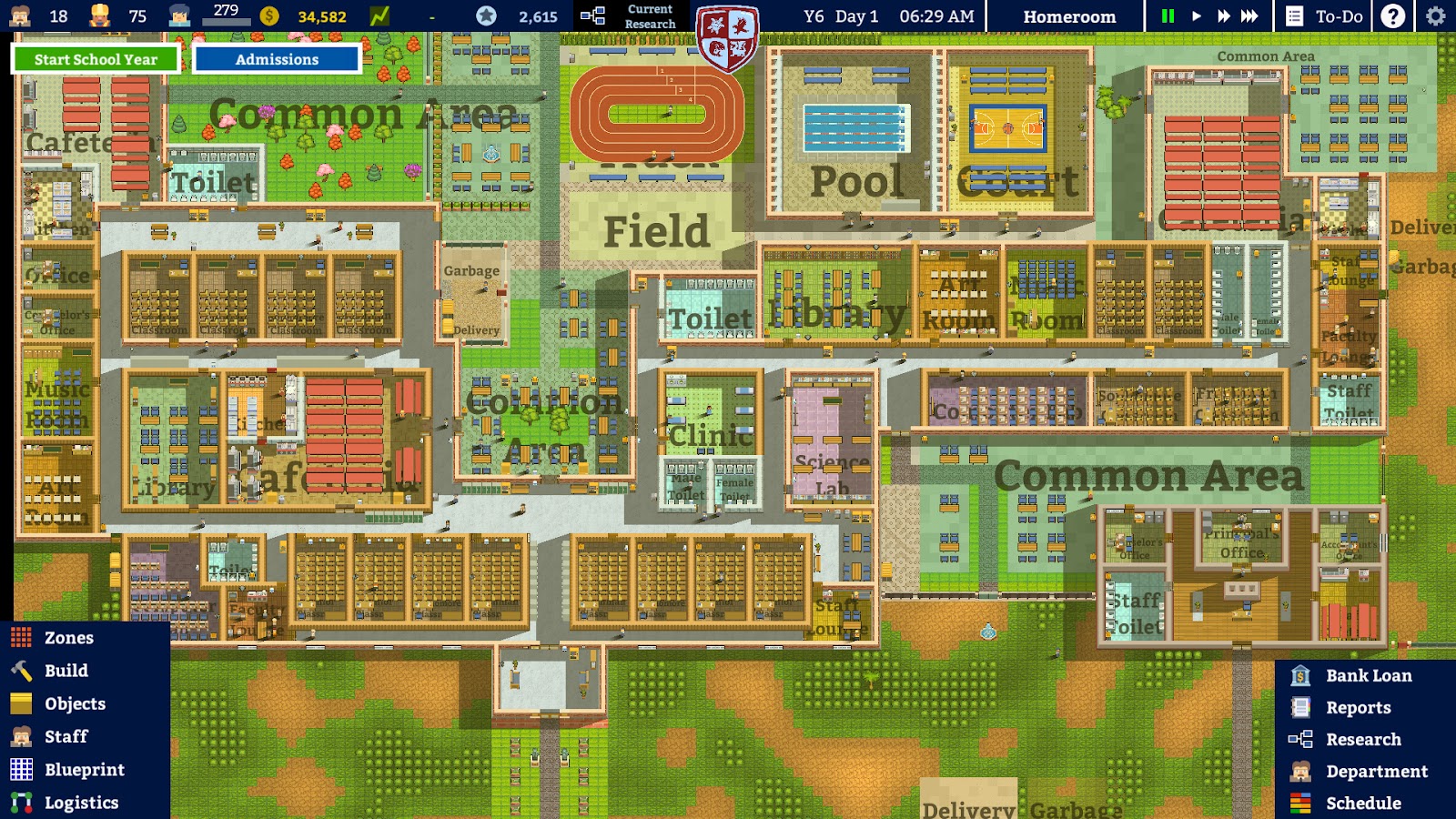 Version 1.0 will include a new difficulty level, UX improvements and additional polish to elevate the gameplay even further. In addition, the team focused on adding additional ingame events, achievements and end-game content.

Version 1.0 will be available on STEAM (consoles etc)

Squeaky Wheel is an independent video game development company based in the Philippines that aims to develop thematically unique PC strategy and simulation games.

Academia : School Simulator is a cheerful yet challenging management game from the artist of Prison Architect and the studio that brought you Political Animals. Design, build, and manage a high school with terrific teachers and fantastic facilities or simply let your students poop in the bushes? Academia : School Simulator is a management/tycoon game where you get to decide!

Build a high school with fantastic facilities like science labs, basketball courts, and art rooms, or do the bare minimum and live off government subsidies! Will you offer your delinquent students counseling, or simply send them to detention to let them waste their lives away? Will you hire the best teachers or cheap out and build giant classrooms with a 1:100 teacher to student ratio? Will you build enough toilets, or snicker as your students are forced to relieve themselves in the bushes? The choice is yours!